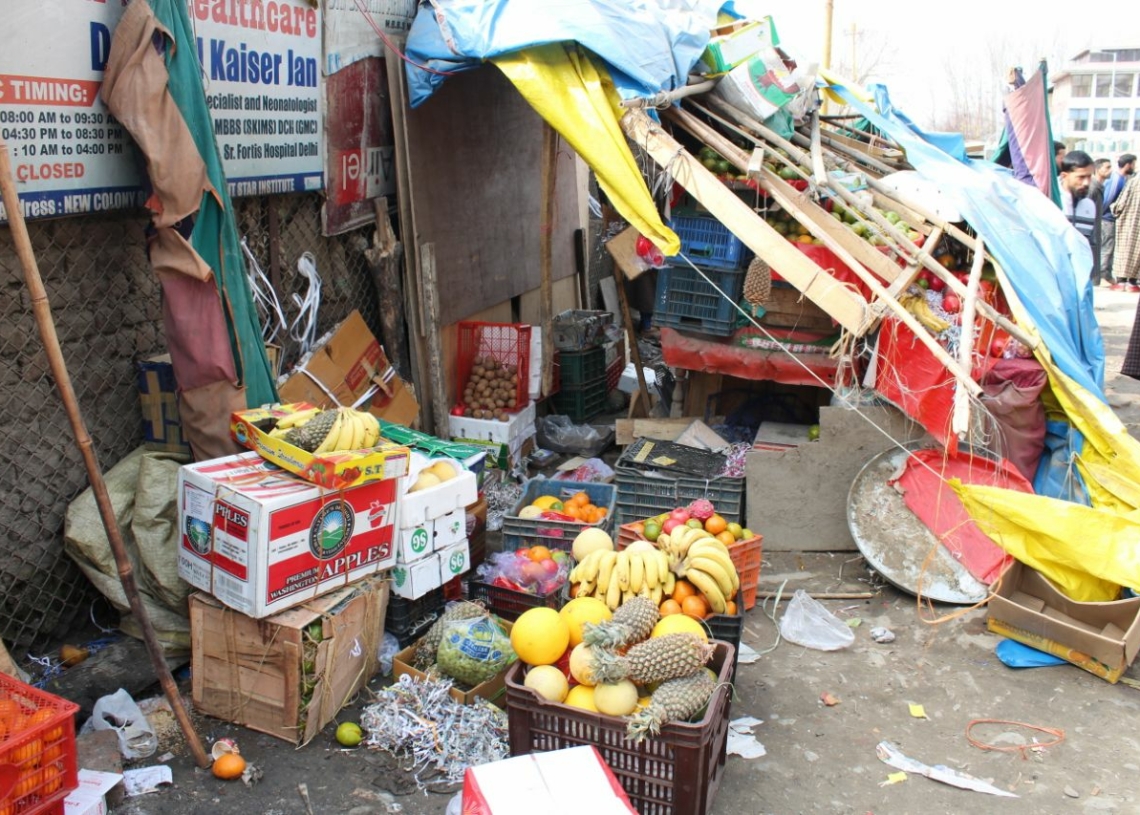 Sopore, Feb 7: Street vendors including fruit sellers are up in arms against Municipal Council Sopore for damaging their property during encroachment drive.
The angry Street vendors who were protesting soon after the MC Sopore employees damaged their property during encroachment drive, the protestors said that in case the government wanted to uproot Street vendors due to smooth movement of traffic in the town, then they should be allotted alternative site where we can make our livelihood.
“We had been earning our livelihood through the street vends in the town. In case if we were removed from here it would be difficult for us to earn a livelihood and our family will be in trouble,” said of the vendor.
Executive officer, Municipal Council Sopore, Miteen Ahmed told The Kashmir Monitor that we had already informed them to leave place for making smooth movement of traffic in the town.
Police reached to the spot and assured protestors that matter will be taken to the higher authorities.
Meanwhile despite repeated attempts ADC Sopore was not available for comments.