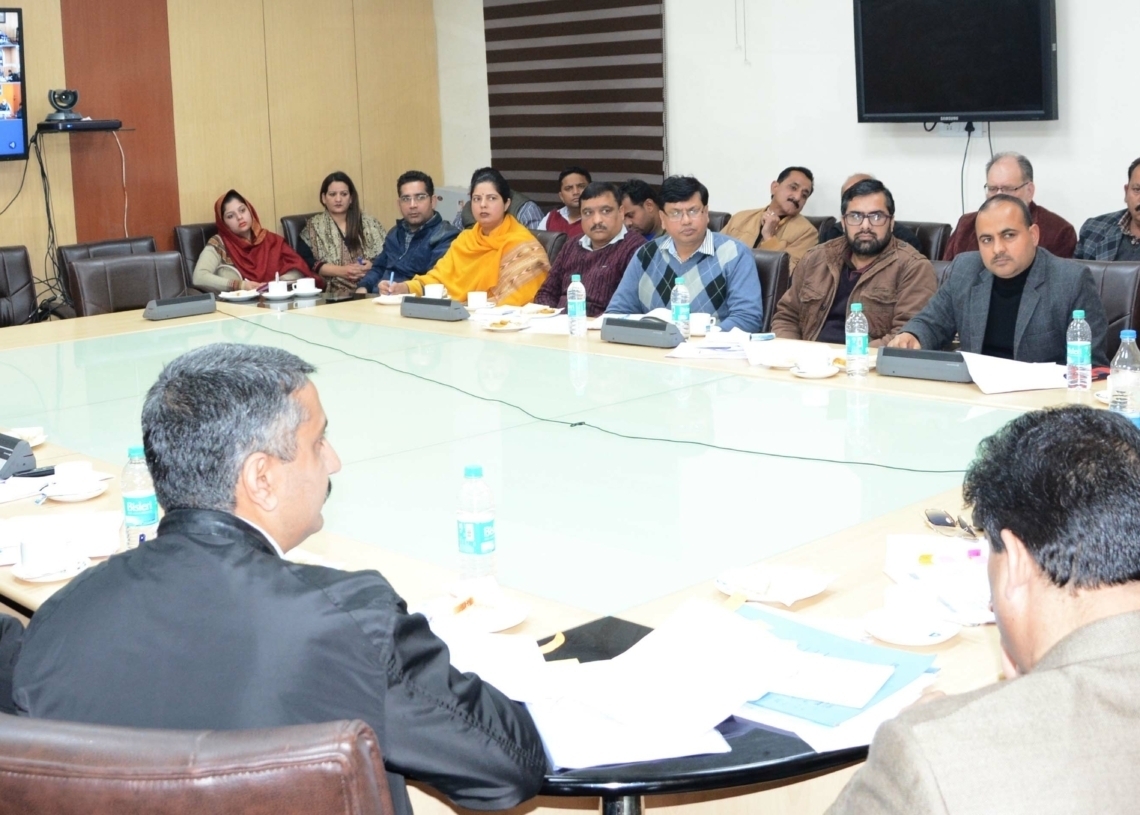 JAMMU, JAN 31: Minister for Food, Civil Supplies & Consumer Affairs (FCS & CA) and Tribal Affairs, Chowdhary Zulfkar Ali today set 31st March 2018 as deadline for completing Electronic Public Distribution System (ePDS) in the state and directed the authorities to expedite the installation of PoS devices in all districts of the state.
The Minister stated this while chairing a meeting held to review the progress on streamlining of ration distribution system under ePDS Project in the State.
Underlining the importance of ePDS, Ch Zulfkar said that the government has initiated the process of ePDS to ensure digitization of Public Distribution System to make it more transparent, accountable and pilferage proof.He asked the concerned officers to adopt proactive approach for implementation of ePDS in efficient manner to put an end to the ration pilferage in the state.
The Minister assessed the progress of installation of Point of Sale Machines (PoS) and said that the installation of these machines will bring total transparency in the system. “With the coming of PoS Machines, the Public Distribution System will witness a revolutionary change”, the Minister maintained.
The meeting was informed about the current status of installation of PoS devices with total of 1,466 machines being installed in district Rajouri, Ganderbal, Samba, Budgam and Srinagar on pilot basis.
Ch Zulfkar said that the government is committed to safeguard the interests of consumers by bringing 100 percent transparency in the state and asked the concerned officers to strictly adhere to the set deadline for completion of the project.
During the meeting, the Minister assessed the district wise target under PHH, NPHH and exclusion category. He asked the officers to place right beneficiary in right category to avoid any problems during ration distribution.
Ch Zulfkar also sought progress regarding Aadhar seeding and directed the officers to complete the process in stipulated time period.
The meeting was informed that under Aadhaar seeding, a total of 8,046 ration cards ( Jammu – 6,115 and Kashmir – 1,931) with total number of beneficiaries -36,627 ( Jammu- 20,078 and Kashmir- 16,549) have been seeded w.e.f 4th January 2018 to 30th January 2018.
It was further informed that the capturing of GIS information has been completed successfully for all FPS across the state.
Ch Zulfkar instructed the concerned authorities to keep a close monitoring on all the ration stores, offices of the department and FCI stores and ensure the proper maintaining of daily records.
The meeting was attended by Director FCS&CA, Kashmir, Nisar Ahmad Wani, Director FCS&CA, Jammu, Ch Rashid Azam Inquilabi , Joint Director, FCS &CA, Mansoor Aslam Chowdhary, Special Secretary, Jugal Anand, Dy Director, Joginder Singh Jasrotia, Dy Director, Mohd. Iqbal , Dy Secretary, NIC coordinator and all AD’s of the State besides other senior functionaries of the department.