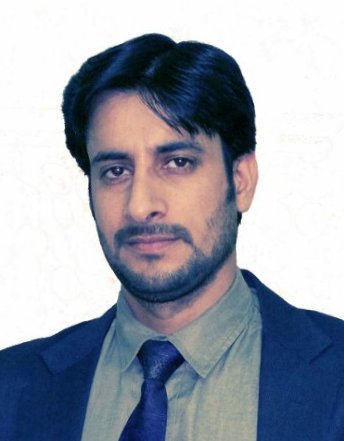 Srinagar: Does your heart sink when you hear these words: “Aemis chu welti dodh” (this person is terminally ill)? Cancer is feared for the amount of suffering it causes, and the feeling that death may be closer than one would like to accept. In Kashmir, it is becoming a major health issue with “Lung cancer” being reported as the second most common type of malignancy.

Things might look grim, but all is not lost. Cancer outcomes in the valley have definitely improved with high levels of awareness, early detection programs, and better access to care. November is a lung cancer awareness month and to help us gain a better understanding of the condition, the screening process, and treatment options, The Kashmir Monitor spoke to Dr. Syed Mudasir Qadri, Associate Professor, Department of Internal and Pulmonary Medicine, SKIMS Soura, Srinagar.

The world is recovering from the shocks and aftershocks of the COVID pandemic, can you shed some light on the leading causes of death worldwide and where cancers stand?

Dr.SMQ: Although covid wreaked havoc and caused more than 6 million deaths worldwide in the past 2 years thankfully now it is on the wane and the pandemic is almost over. Pandemics come and go but chronic diseases and cancers are there to stay and cancers have emerged as the leading cause of death worldwide for quite some time now. As per the WHO 2020 data cancers are responsible for about 10 million deaths annually i.e., nearly one in six deaths is due to cancer, and among cancers breast and lung cancers are in the lead.

Could you please tell us what lung cancer is? What are the risk factors for it?

Cigarette (tobacco) Smoking is the single most important risk factor for lung cancer. A lot of work is being done in this direction to encourage and support current smokers to rid themselves of this addiction and discourage people from taking up this bad habit. Apart from lung cancer smoking is also associated with many other cancers (e.g., urinary bladder, esophagus, larynx) and causes many other diseases like COPD, Coronary Heart disease, stroke, etc. and that’s why the government is putting a lot of effort to curb this menace and many non-government organizations are also working on the same.

Research studies suggest that lung cancer has been found to be the second commonest cancer based on hospital-based data from Kashmir valley. What are the reasons behind it?

Dr.SMQ: Yes, Kashmir valley is also following the universal trend as the data suggests that the incidence of lung cancer is quite high in this part of the world. This was shown in a study done a few years back by Prof P A Koul and colleagues at SKIMS Soura that was published in a leading respiratory journal of the country “Lung India.” In their study, they found that the city of Srinagar, the summer capital of Jammu and Kashmir had the highest incidence of lung cancer among males in the whole country. And the possible main reason for this was the same, “tobacco smoking”. They found that about 82% of the lung cancer patients had a smoking history (current or past), again confirming the strong association of smoking with lung cancer. Apart from this, other factors like genetics, the aging population, and unhealthy dietary habits may also be playing a role.

Health experts say that stage one or stage two lung cancer in patients is potentially curable but the patients have almost no symptoms at all; it is always incidentally found. Is it true? In such a scenario, how can patients find out what is wrong with them?

Dr.SMQ: Most lung cancers do stay silent (give least or no symptoms) in the early stages when the treatment may be curative. Later, in retrospect when we go back to the history of the disease in these patients, we do find that in the majority of cases there were clues in the early part of the illness as well which were ignored. So, being vigilant from both ends i.e., the patient as well as the doctor should help address this issue to a good extent. A patient should not ignore or take any symptoms lightly and the doctor should examine the patient thoroughly and decide about the investigations and interpret them with utmost care and diligence. He should refer the patient to the right corner at the right time. An extra investigation may not cost much but an investigation may take the patient out of the curative phase (early stage) into the palliative phase (advanced stage).

Can you please tell us if there are any prominent lung cancer symptoms and how they manifest? Also, what modalities should be followed to get it detected?

Dr.SMQ: Symptoms like bleeding from the mouth or blood-tinged sputum, persistent cough, new onset lumps/swellings (lymph nodes), weight loss, and hoarseness of voice should never be ignored. Patients having non-resolving pneumonia, lung nodules/ mass, mediastinal adenopathy, and pleural effusions (fluid around the lungs) should be thoroughly investigated to rule out malignancy.

Regarding the modalities for picking up lung cancers early, the investigative armamentarium has improved tremendously over the last decade. The initial investigation that should be used to screen a patient with chest symptoms is a simple chest radiograph (aka chest x-ray). It is readily available in the remotest places and is usually very safe and cost-effective. In case of any doubt, if the risk scenario is very high or as per the findings of the chest x-ray, the next investigation of choice is the CT Scan of the chest. I would say that the CT scan has become “the cornerstone” in the diagnosis of respiratory ailments including lung cancers. Then there are other tools like bronchoscopy, EBUS (endobronchial ultrasound), and PET scan that can be used for further diagnostic and prognostic workup of these patients.

In Kashmir, we have seen a high incidence of stress in the population due to multiple reasons. A large chunk of the male population uses smoking as a medium to lessen stress and anxiety levels. Is “stress” somewhat also a contributing factor behind the increasing rate of lung cancer?

Dr.SMQ: This is a very interesting question. As highlighted in your question, a lot of people in Kashmir have high-stress levels, and the turmoil in the past more than two and a half decades has been cited by most researchers as the main reason for mental health problems in the valley.

See, even though stress may appear to be directly linked to lung cancer risk, the relationship is mainly indirect. When people live under stress, they tend to develop certain unhealthy behaviors or may even pick up bad habits like smoking, drug abuse, less physical activity, or even overeating and other dietary irregularities that may pose a risk of some cancers including lung cancer in these people.

Who should be screened for lung cancer and how frequently based on their age, smoking history, and tobacco exposure?

Dr. SMQ: As per the CDC – Centers for Disease Control USA, yearly lung cancer screening with LDCT (low dose CT scan) should be done for people who:

Have a 20-pack-year or more smoking history, and

Smoke now or have quit within the past 15 years, and

“A pack-year is smoking an average of one pack of cigarettes (20 cigarettes) per day for one year. For example, a person could have a 20-pack-year history by smoking one pack a day for 20 years or two packs a day for 10 years.”

This mostly stands true for high-income countries (difficult to follow in resource-limited countries).

What lung cancer treatment options are available in Kashmir?

Dr.SMQ: We have almost all the treatment modalities for patients of lung cancer available in our valley. Both the major tertiary care hospitals have well-established Oncology, Onco-surgery, and Radiotherapy departments. The State Cancer Institute (SCI) is one of the busiest places at SKIMS and it is fully equipped and duly supported by the Interventional Radiology, Pulmonology, CVTS, Nuclear Medicine, Pathology, and other departments. After the initial diagnostic and staging workup, these lung cancer patients are discussed by the experts in the interdepartmental meetings for deciding the best modality of treatment for each patient, whether to go for surgery, chemotherapy, targeted therapy, immunotherapy, radiotherapy, or a combination. Moreover, the majority of the anticancer drugs are available at SKIMS pharmacy counters either free or at very subsidized rates so that they are within the reach of the majority of the population.

There are two popular myths surrounding lung cancer. One, it means death. Second, surgery for lung cancer can spread it further. How would you debunk these myths?

Dr. SMQ: I would rather answer the first part of the question philosophically, “every soul has to taste death -Alquran.” So, if death is the end game let us face it bravely. Life is a game of challenges and getting a diagnosis of lung cancer may be one of those challenges. Many lung cancer patients who are picked up early, lead a near-normal life. With the advent of modern advanced treatment options like targeted therapy and immunotherapy, even in many cases with advanced stages of lung cancer survival and quality of life have improved quite significantly.

In the present era of evidence-based medicine with continuing research and so much data available on lung cancer and its modes of spread that there’s no scope and space for myths. Moreover, most of the time surgery as a treatment option for lung cancer is usually taken when the disease is in its early stage. So, any surgery done with curative intent is unlikely to spread it further as the intention is to take out the whole tumor (or as much as possible).

In the end, what is your opinion on the preventive measures and any advice for ways to reduce cancer risk?

Dr. SMQ: As the notion goes, “Prevention is better than Cure.” Following are a few easy measures that may help in reducing the risk of cancers.

• Limit consumption of fast food and other foods high in fat, starches, or sugars

• Keep your weight in a healthy range, avoid weight gain in adult life

• Be physically active as part of everyday life, walk more and sit less

• For cancer prevention it is best not to drink alcohol.