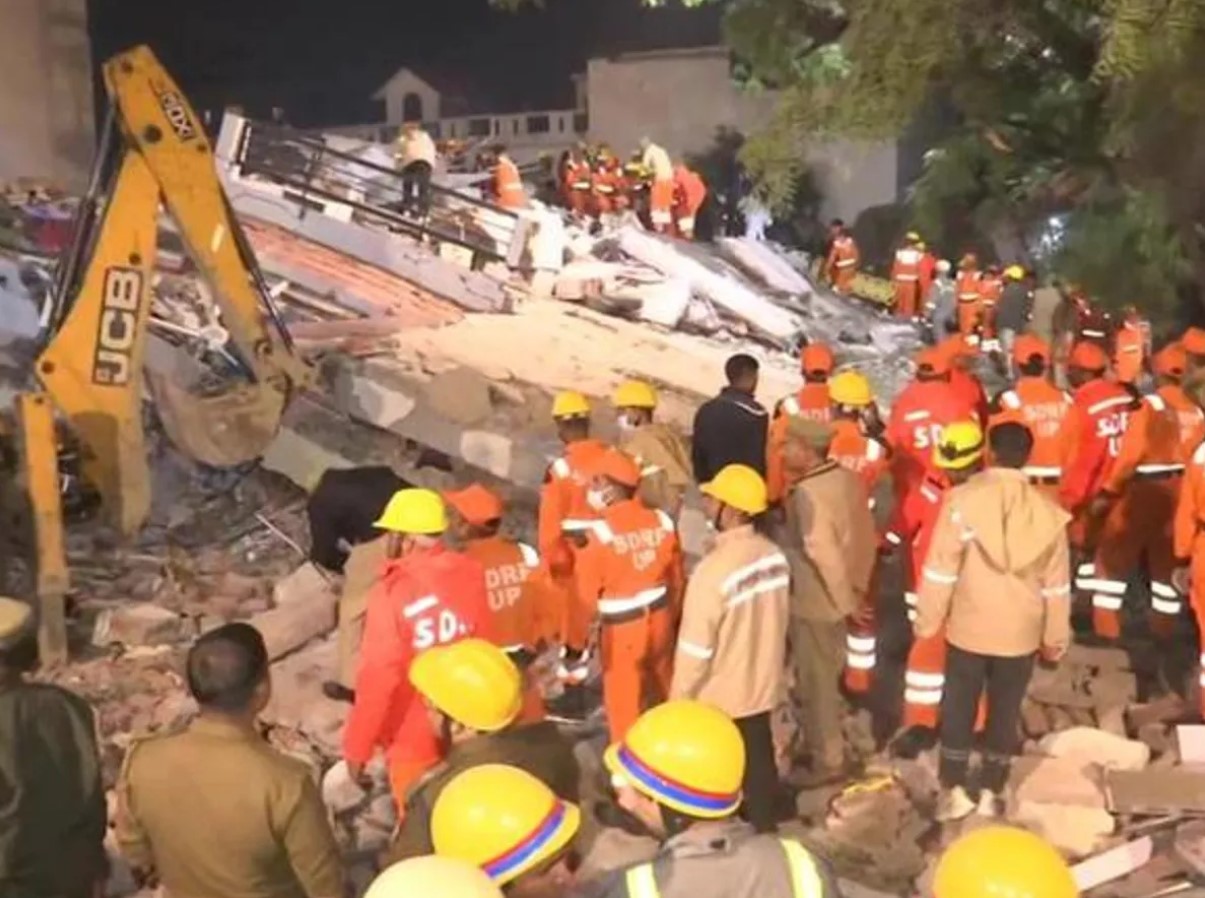 Around 14 people who were trapped after a four-storey residential building collapsed in Lucknow’s Hazratganj on Tuesday have been rescued and a search is on for others.

According to an official statement, Chief Minister Yogi Adityanath took cognizance of the accident and instructed them to send SDRF and NDRF teams on the spot. “The Chief Minister directed the officials of the district administration to take the injured to the hospital immediately for their proper treatment,” the statement said.

Lucknow divisional commissioner (Ms) Roshan Jacob said that the building was illegal and its “map was not passed”.

“Currently we are focused on rescue, and relief ops. But action…will be taken against the builder,” Jacob added.

The construction work has not been completely ruled out though with the DGP saying a team of structural experts has been asked to conduct an investigation.

UP police have taken Nawazish Manzoor who is the son of former UP Minister and Samajwadi Party leader Shahid Manzoor into custody. As per the DG office, the land deed of the apartment was in the name of Nawazish and his cousin Tariq. He is currently being interrogated.