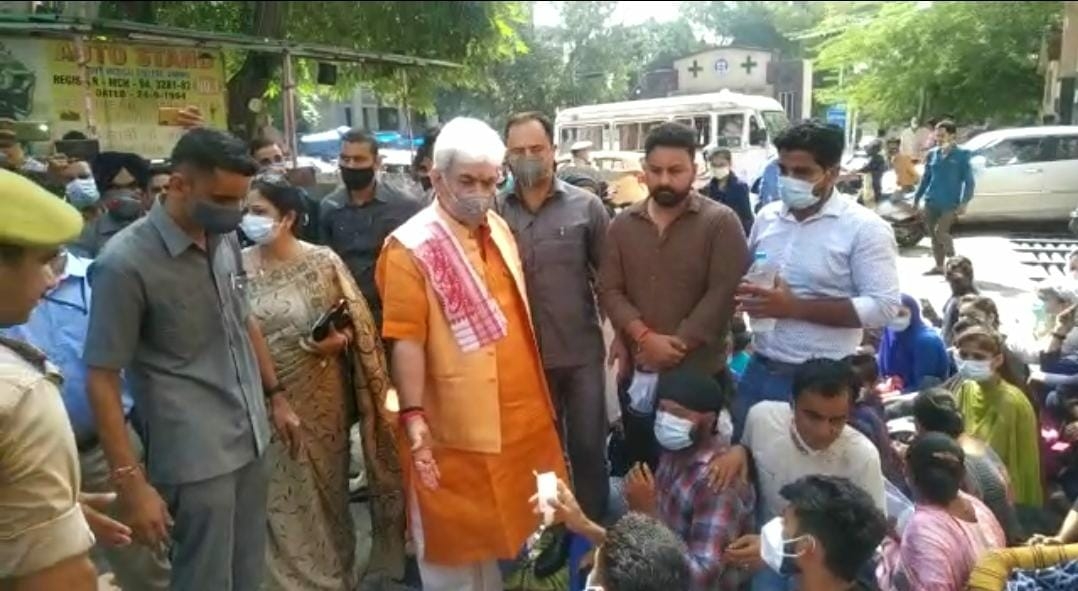 Vacancies being identified; Covid warriors to be given weightage in recruitment: LG

The Lt Governor assured the health workers engaged on contract that new positions of paramedical staff would be identified and advertised soon.

“We are indebted to health workers who have been on the forefront in the fight against Covid pandemic. They always go much beyond their call of duty to save precious human lives. I salute their courage and selfless service’, added the Lt Governor.

The Lt Governor during the meeting at Raj Bhawan, Srinagar, told the senior officials that vacant nursing staff position in the UT should be identified as soon as possible and recruitment process should be initiated to benefit the health workers.

The nursing staff at Jammu expressed gratitude to the Lt Governor for visiting them and assuring the extension of their contract by three months. Dr. Shashi Sudhan Sharma, Principal & Dean GMC Jammu besides Medical Superintendent GMC were present.