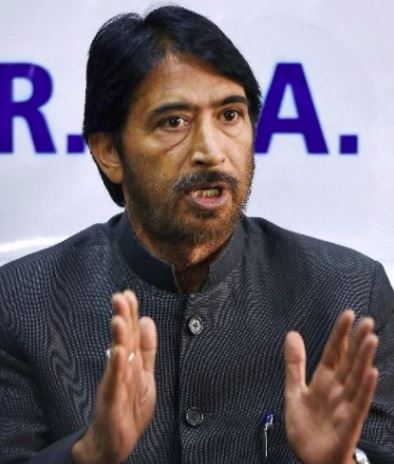 Jammu, Feb 04: Congresss Jammu and Kashmir unit today alleged that there was a large scale resentment among the people due to the “failure” of the PDP-BJP government in the state.
Jammu and Kashmir Pradesh Congress Committee (JKPCC) president G A Mir alleged that the coalition government in the state has failed on every front and the situation has worsened because of the “opportunistic alliance”.
“There is a large scale resentment and continued unrest among the people because of the total failure of the Centre and state government,” Mir said while addressing a rally at Dharmari in Reasi district.
“People are facing a lot of hardships due to non- availability of basic amenities like drinking water, electricity, medical facility and ration. The coalition government is busy sorting out their differences and has no time to listen to the problems of people,” he said.
Congress Legislative Party (CLP) leader Nawang Rigzin Jora said the government is nowhere visible on the ground.
“The coalition partners are busy round the clock to manage their contradictions only to stick to power despite pulling the strings in opposite directions,” Jora said.