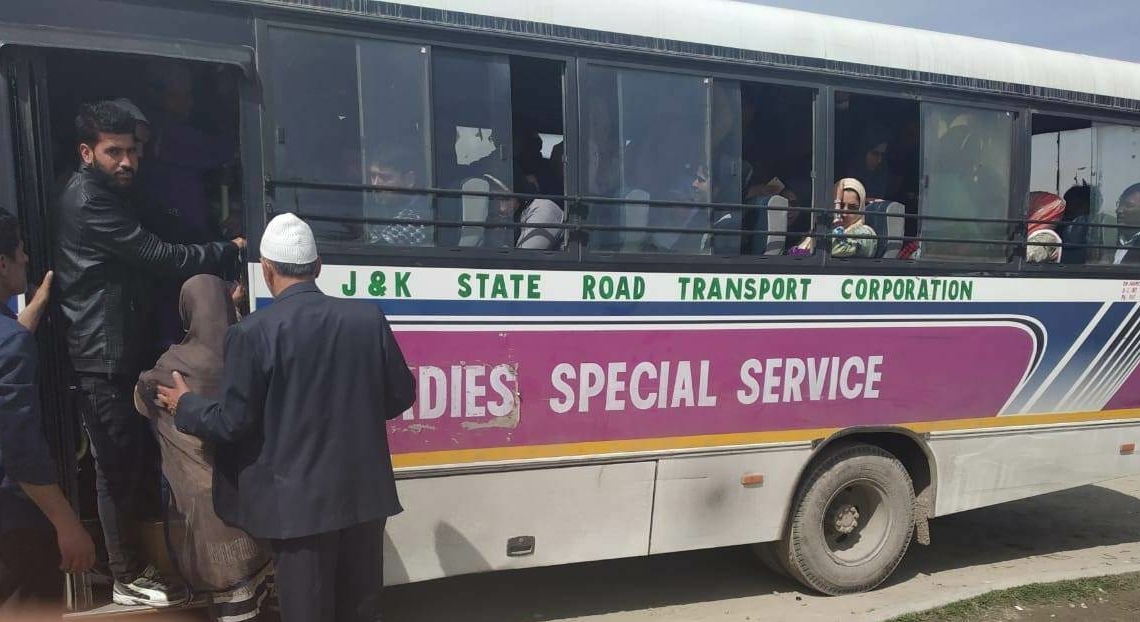 The service which was started by the former chief minister, Mehbooba Mufti, in 2016 exclusively for the female commuters to save them from the inconvenience of commuting in the general passenger buses.

To address the menace of harassment of women in public buses, the government had asked the State Road Transport Corporation (SRTC) and private transporters to deploy ladies special buses on various routes.

However these buses have now started ferrying male passengers which brings inconveniences to females.

On Wednesday, a photograph of one of the ladies special buses went viral on social media. The bus was overloaded with the male passengers with only a few females seen in it.

Speaking to The Kashmir Monitor, Deputy General Manager JKSRTC, Bashir Ahmad Sofi, said that out of five ladies buses, two have been shifted to district Baramulla and Anantnag where number of female commuters was less.

“On the advice of former CM two buses were shifted to Baramulla and Anantnag, but with not many females availing the service, the revenue generated from these buses was not enough to even compensate petrol charges,” Sofi said.

He said after appraising the Baramulla administration regarding the issue, it was decided that in morning and evening the buses will exclusively ferry females while during day hours the bus will ferry both male and female passengers.

“We will take the note of photograph and discuss it with the district administration. Most probably the bus service will be withdrawn from both the districts and will run for Srinagar only,” Sofi added.

LS Polls Ist phase: Over 13 lakh electors to exercise right to franchise in Baramulla on April 11