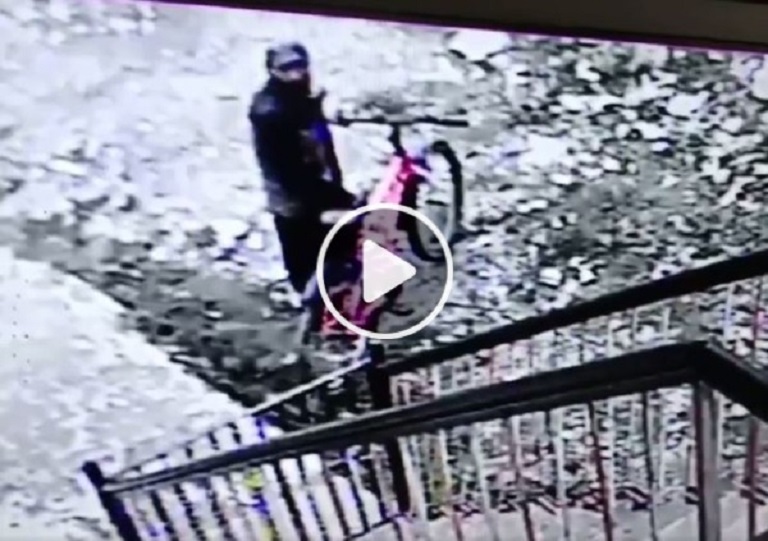 A video showing a man stealing a bicycle in Kashmir has gone viral on social media. The CCTV footage shows a man suspiciously looking around beneath what seems is a commercial complex.

According to the Facebook page that first shared the video, the incident took place in Kralhara, Baramulla. The man was roaming on the street near ‘Muscle Hut’ gymnasium. The viral video shows him doing the recce of the surroundings before stealing the bicycle.

The man may not have realised that a CCTV camera would capture his face and expose. ALSO READ: Female thief in Kashmir pretending to be customer caught on cam stealing jewellery: Video goes viral

“Kashir manz chini waen cyclan ti bakshaan (even cycles are not spared in Kashmir now),” the man narrating the incident says in the video.

“The owner of this bicycle was exercising in the gym. This guy came and stole the bicycle,” the man says adding “if you can identify this person or have any information, kindly help.”

Incidents of theft have seen some uptick in Kashmir recently.

Late last month, Srinagar police arrested 3 thieves including a lady and recovered stolen property worth Rs 6.5 lakhs and cash amount of Rs 1.10 lakh from their possession.