Kangana on Tanushree’s allegations against Nana Patekar: I appreciate her courage to speak 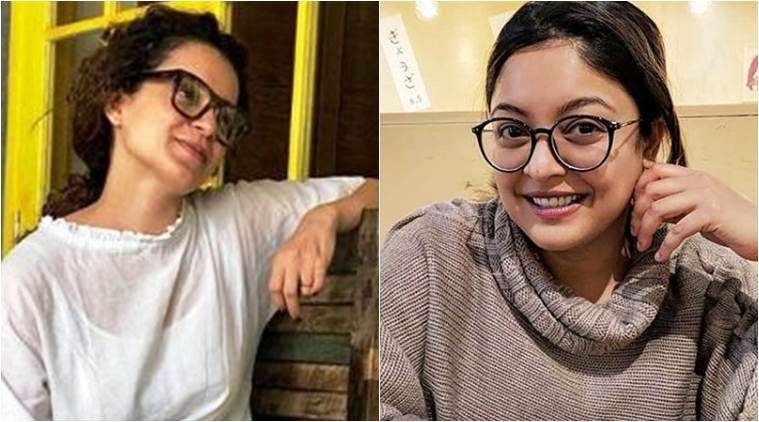 After Priyanka Chopra, Sonam Kapoor and Farhan Akhtar; Bollywood actor Kangana Ranaut has lent her support to Tanushree Dutta after the latter alleged that Nana Patekar had harassed her on the sets of 2009 film Horn Ok Please.
On being asked about her opinion on the subject, Kangana Ranaut told Pinkvilla, “I am not here to pass judgement. That’s neither my place nor my intention. I appreciate her courage to speak about alleged harassment that has been caused to her. It’s her and the accused’s fundamental right to speak about their experience of the same situation. Such dialogue is very healthy and it will bring about a lot of awareness.”
While many from the industry have supported Tanushree Dutta, including Horn Ok Please’ assistant director Shyni Shetty, Nana Patekar, choreographer Ganesh Acharya, producer Samee Siddiqui and director Rakesh Sarang have denied Dutta’s allegations.
Recently, Nana Patekar’s lawyer had claimed that he would be sending a legal notice to Tanushree, seeking an apology for maligning the actor’s image. However, in response to his statement, Tanushree issued a statement that read, “Given the recent developments, I am putting together a team of lawyers and advocates to defend my interests. Also, contrary to claims made by Nana’s lawyer, I have not received any legal notice. So bluffmaster gogo needs to step up his game a bit here. Instead of making empty threats to intimidate me into silence, send me a legal notice and then you will see what I will do with it.”