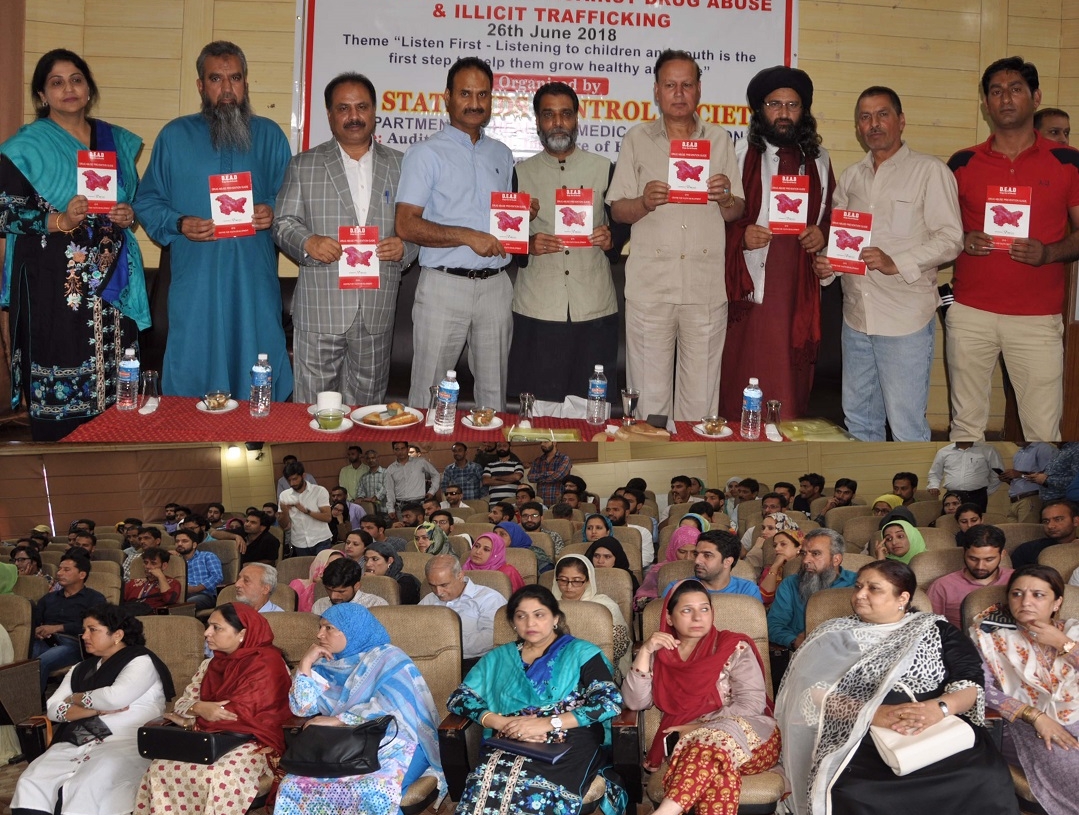 SRINAGAR, JUNE 26:  Director General Health Services Kashmir, Dr. Saleem-ur-Rehman today stressed for involving maximum youth to uproot drug menace in the state.
The DG said this after inaugurating a daylong event to observe International Day against drug abuse and illicit trafficking, organized by J&K State Aids Control Society (JKSACS), Department of Health and Medical Education.
Addressing the gathering, the DG said that creating a competitive atmosphere among children can play a pivotal role to avert them from drug menace.
He said that children should not be confined to their studies only instead they should be involved in community works so that they do not fall prey to drugs.
“Youngsters can play a lead role if their curative ideas would be channelized in a proper way,” he noted.
He further maintained efforts are on to keep psychiatrists available at every level to address, to guide the screened persons for their rehabilitation and early recovery.
Speaking on the occasion, Project Director JKSACS, Mushtaq Ahmad Rather said that the project aims at disseminating awareness on dangers of drugs, particularly among youngsters.
He also highlighted the various initiatives including conducting outreach camps, continuous education and training for teachers, children and religious heads to sensitize and train them, adapted by their organization.
Several other personalities also expressed their views regarding the topic. Coordination committees, NGOs, counsellor forum were also present on the occasion.
The theme for the International Day Against Drug Abuse and Illicit Trafficking (2018) is “Listen First”.
Later, a booklet by Centre for Youth Development (CDS) was also released.

Cases beyond 5 to 10 years to be disposed on priority: Justice Magrey