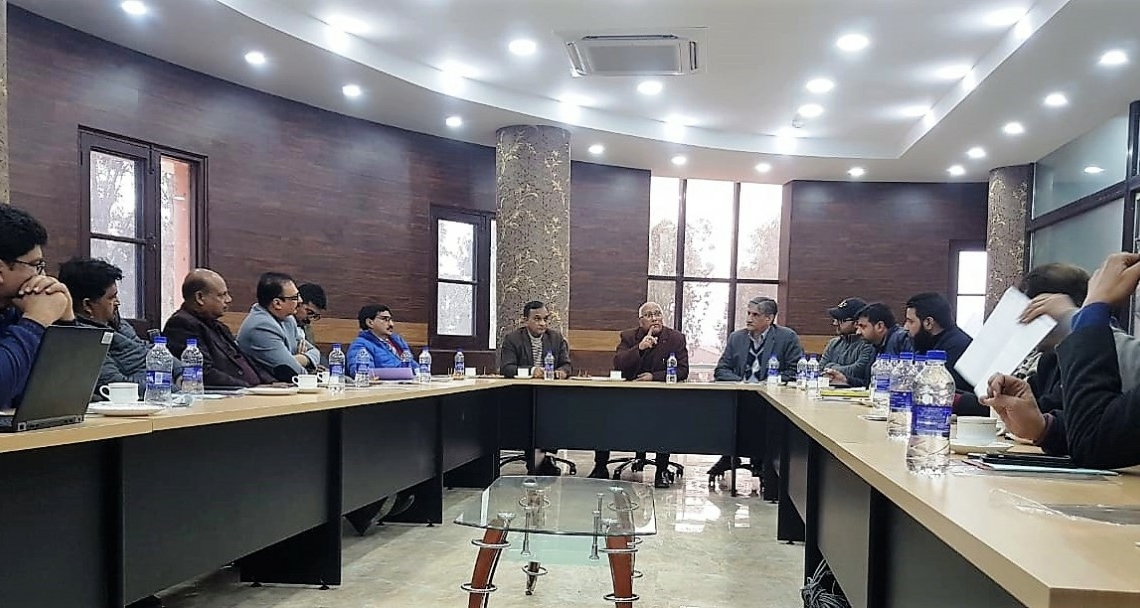 Srinagar, Jan 12: In an ongoing endeavor to promote innovation-based startups in the State of Jammu and Kashmir under the J&K Startup Policy – 2018, the Jammu & Kashmir Entrepreneurship Development Institute (JKEDI) Saturday held a meeting with Bari Brahmana Industrial Association (BBIA) here.

The meeting was conducted to provide detailed insight about the J&K Startup Policy and the incentives/benefits available to the registered Startups offered under the policy by the Government of J&K.

A threadbare discussion was conducted with respect to various aspects of the Startup Policy like Incubation Facilities, Assistance for Product Research & Development/Marketing/Publicity, Funding Facilities, Energy Assistance, Tax Benefits as well as Infrastructure Support and the importance of having a synergic relationship between JKEDI and industrial fraternity of J&K to create the first of its kind investors network namely Jammu & Kashmir Angel Network (JKAN) and Jammu and Kashmir Venture Capital Network (JKVCN).

During the meeting, it was resolved that there is an urgent need to facilitate the creation of innovation-based Startups in the State which in today’s world are considered as the drivers of economic and social solidity.
JKEDI has been designated as State Nodal Agency for the implementation of the J&K Startup Policy-2018 which was rolled out in September 2018 by the Government of J&K.

The meeting was one among the various endeavors taken up by the Institute for the successful and effective implementation of the policy.