It is Sourav Ganguly vs Virat Kohli as captaincy row deepens 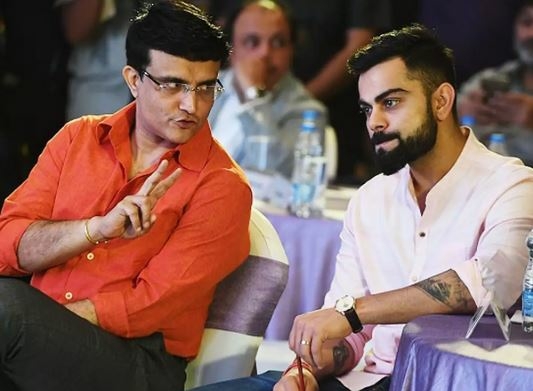 BCCI president Sourav Ganguly had recently claimed that the cricket board asked Virat Kohli to not step down as India T20I captain as they were not planning any change in leadership. However, in a media interaction on Wednesday, Kohli countered that saying the offer was never made and instead his decision was well received by the board.

Ahead of the T20 World Cup in UAE earlier this year, Kohli announced he would give up the captaincy in the shortest format but wishes to continue leading the ODI and Test sides. However, earlier this month, in a brief press release, BCCI announced Rohit Sharma has been handed over the ODI and T20I captaincy while Kohli continues as the Test captain.

“I told the BCCI before giving up T20I captaincy,” Kohli said. “I told them my point of view. I gave the reasons why I wanted to quit T20 captaincy and my viewpoint was received very nicely. There was no offence, no hesitation and not for once was I told that ‘you should not leave T20 captaincy’.”

He continued, “I told them at that point, clearly, that if the office bearers or the selectors don’t want me to handle either of the responsibility, I am fine with it. I said this clearly when I approached the BCCI to discuss my T20I captaincy.”

In an interview to News18, Ganguly had said, “It’s like I said… I personally requested him (Kohli) not to give up T20 captaincy. Obviously, he felt the workload. Which is fine, he has been a great cricketer, he has been very intense with his cricket. He has captained for a long period of time and these things happen.”

“Because I have captained for a long period of time; therefore, I know. Also, they wanted only one white-ball captain. And that’s why this decision. I don’t know what’s going to happen in future. But as I said, it’s a good team and it has some fantastic players and I hope they will turn it around,” he added.