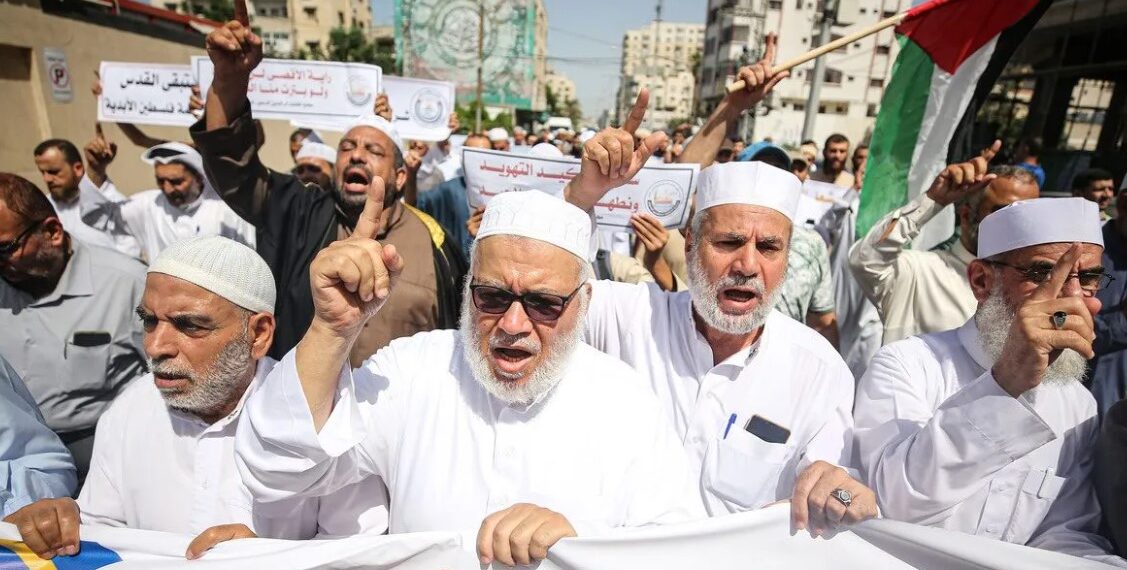 Jerusalem: Isreal has attacked 15 mosques and settlers in the occupied West Bank and Jerusalem this year so far, the Wafa News Agency reported.

Palestinian minister of Awqaf and Religious Affairs, Hatem Al-Bakri, said these violations come in light of an occupation policy aimed at allowing settlers to work without any controls or restrictions, even with regard to religious sites and mosques.”

In 2021, the Public Relations and Media in the Ministry of Awqaf documented the attack on more than 10 mosques in the West Bank, in addition to dozens as a result of the Israeli aggression on the Gaza Strip.

More than 2,00,000 Palestinians live in the city, along with several hundred extremist Israeli settlers who live in the city center in heavily fortified enclaves protected by the army.

Israel captured the West Bank in the 1967 Middle East war and established dozens of illegal settlements where nearly 500,000 settlers live.

Palestinians want West Bank as part of their future state and see the illegal settlements as a major obstacle to resolving the conflict.