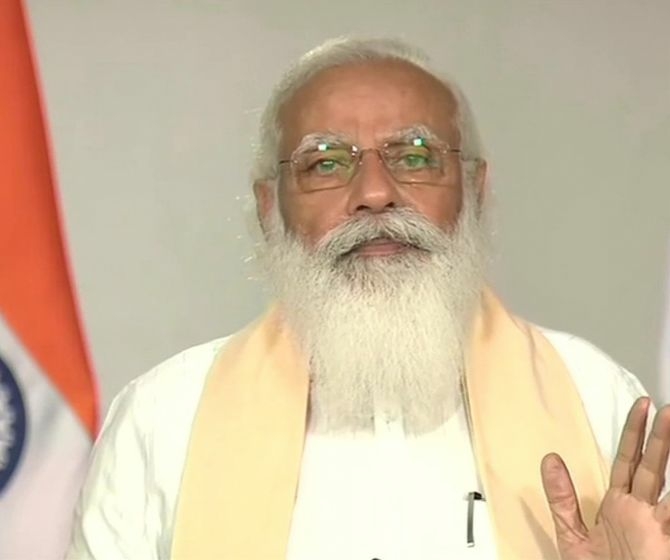 New Delhi: The friendship between India and Russia has stood the test of time, Prime Minister Narendra Modi said on Friday and asserted that the two countries together could help bring stability to the global energy market.

Moscow’s idea to promote cooperation with India, Japan and South Korea is to avoid dependence on China for developing the resource-rich Russian Far East — more than double the size of India, but with a population of less than 70 lakh.

The PM identified strategic and rare earth minerals, diamonds, timber and ceramics as the new opportunities for India in the region while participating virtually in the annual Far East Economic Forum held at Vladivostok that also saw participation from Japan and South Korea.

He also offered a skilled Indian workforce to make up for the scarcity of labour.

The PM also declared that India will also partner Russia as it opens the ice-bound northern sea route, which could become the shortest route between Europe and Asia as the polar ice melts due to climate change.

Russia has been engaging with the three countries to fashion its version of Asia-Pacific policy. To this end it has made Far Eastern Federal District, Siberia and the Arctic region pivotal to its developmental strategy. Russia is actively soliciting investments from India, South Korea and Japan.

Energy is another major pillar. “Indian companies are participating in major gas projects in the Amur region, from Yamal to Vladivostok and onward to Chennai,” said the PM.

He also announced a partnership between Mazagon Docks and ‘Zvezda’ shipyard, near Vladivostok. Russian President Vladimir Putin spent almost half a day at the forum. Petroleum Minister Hardeep Puri is leading the in-person Indian delegation.