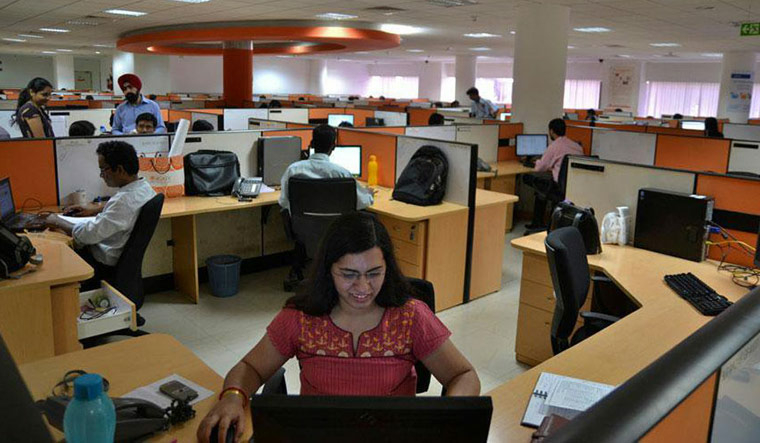 Mumabai:In India, the world’s fastest-expanding economy, the link between growth and job creation is weakening.
New research from the privately-run Azim Premji University shows that a growth rate of 7 per cent is now leading to less than 1 per cent improvement in employment, while in the 1970s and ’80s an expansion of 3 per cent to 4 per cent was resulting in a much higher 2 per cent gain in jobs. The outcome is an unemployment rate that’s hit 5 per cent in 2015, the highest in at least 20 years.
The main reason for the worsening correlation between growth and jobs was a mismatch between skills and “good jobs,” according to researchers led by Amit Basole. The share of the so-called goods jobs that broadly includes formal employment with regular pay accounted for only 17 per cent of the country’s 467 million workforce.
“Simply put, higher growth has raised aspirations but has failed to generate the kind of jobs that will allow people to fulfill those aspirations,” the researchers wrote in the report, called State of Working India 2018. “This obviously points to the issue being not only one of job creation but of the creation of decent and desirable jobs.”
Growth has averaged 7 per cent since reforms began in 1991 under Prime Minister P.V. Narasimha Rao to open up the economy. The most recent figures show gross domestic product expanded 8.2 per cent in the three months through June from a year earlier, making India the world’s fastest-growing major economy.
India is on track to hold that position, with the International Monetary Fund retaining its growth forecast of 7.3 per cent for the fiscal year through March 2019.
Still, unemployment remains high, especially among young and educated Indians. More than one-third of about 23 million people who were actively searching for jobs have graduate or higher levels of education, the study found.
Failure to create opportunities for the young workforce will not only hurt Prime Minister Modi’s re-election bid next year but impede the economy’s current pace of expansion.
“India’s employment situation and the state of its labour statistics are both subjects of national news. The performance of the present government on job creation is also expected to be a key issue in the upcoming general elections in 2019,” the researchers said.