‘If you want controversy, you should tell me’: Watch Virat Kohli’s epic reaction to ‘will you drop Rohit Sharma?’ question 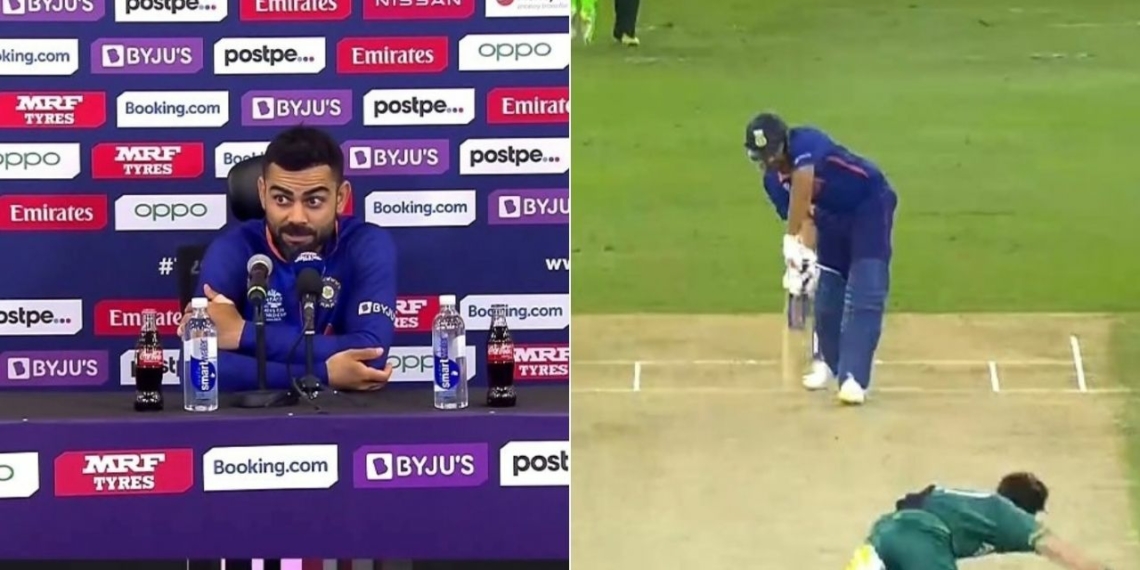 After a shocking loss to Pakistan in Sunday’s match, India captain Virat Kohli had to face tough questions from the media including whether he will drop Rohit Sharma from the team.

Rohit was out the first ball after an inswinging yorker from Shaheen Shah Afridi caught him plumb with hawkeye showing the ball hitting the middle of the middle stump.

A journalist asked Virat Kohli if he would drop Rohit Sharma for the remainder of the tournament.

A laughing Virat replied: “That’s a very brave question. What do you think, sir? I played the team that I thought was the best. What is your opinion?”

He also said in the post-match presentation ceremony that he had no qualms in admitting that his team was “outplayed” by Pakistan in the ICC T20 World Cup here but said his players are not the ones to press the panic button.

Pakistan produced a clinical effort to crush India by 10 wickets for their first win in a World Cup match in 13 attempts.

Chasing 152 for victory after putting India in, Pakistan completed the task in 17.5 overs, leaving the Indian team and its millions of fans stunned.

“We did not execute the things that we wanted to but credit is certainly due – they (Pakistan) outplayed us today,” Kohli said at the presentation ceremony.

“When you lose three early wickets it’s very difficult to come back, especially when you know the dew is coming. They were very professional with the bat as well.

“Hitting through the line was not as easy in the first half as it seemed in the Pakistan innings, so when you know the conditions can change, you need 10-20 extra runs.