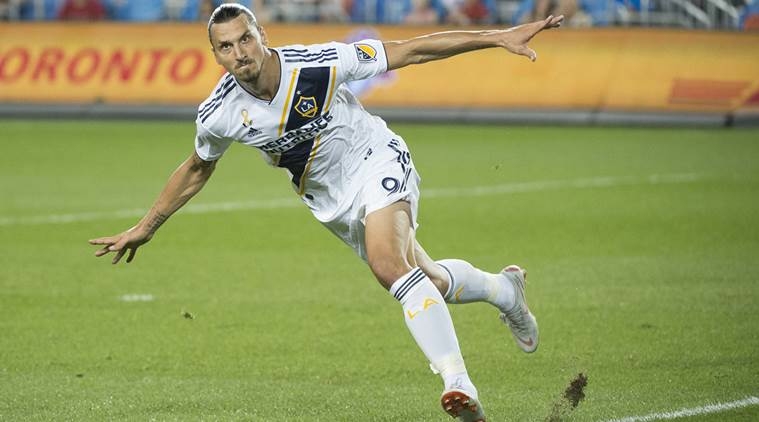 Carson: The team announced that the Swedish superstar has signed a new contract that will make him one of the club’s three designated players. Major League Soccer’s designated player rule allows a club to sign up to three players to higher salaries that do not count against the salary cap.

Ibrahimovic, who made $1.5 million in 2018, was already under contract for next season, but there were some rumors about whether he would return to Europe.

“There were a lot of talks, rumors and whispers, but I never left. I have stayed here and I’m not finished,” Ibrahimovic said in a video supplied by the club.

Ibrahimovic was named the MLS Newcomer of the Year after scoring 22 goals and 10 assists in 27 games this season. He was just the third player in league history to record a 20-goal, 10-assist season. The Galaxy were 9-2-4 in matches where he scored a goal. He was also named to the league’s Best XI team and won the league’s Goal of the Year award.

The Galaxy surged into playoff contention late in the season, but lost on the final day of the regular season to miss the postseason.

Ibrahimovic joined Cristiano Ronaldo and Lionel Messi as the third active player to score 500 goals for club and country with a goal against Toronto FC on Sept. 15.
“I was told I did good but I was not satisfied about the outcome,” Ibrahimovic said.

“I know the opponents and the league more. I know my team more. Physically I feel better.” Galaxy general manager Dennis te Kloese, who was named to the post last week, still has to make a decision about a head coach for the upcoming season, which begins in March.

The Galaxy also announced on Tuesday that they have signed midfielder Juninho after acquiring right of first refusal from Chicago in exchange for $75,000 in general allocation money.

The Brazilian was with the Galaxy from 2010-15 and scored 17 goals in 208 games. He has spent three years with Club Tijuana of Mexico’s Liga MX and was on loan for a year with Chicago.