‘Huge thing for Kashmir’ that SRH retained me and Umran Malik: Samad 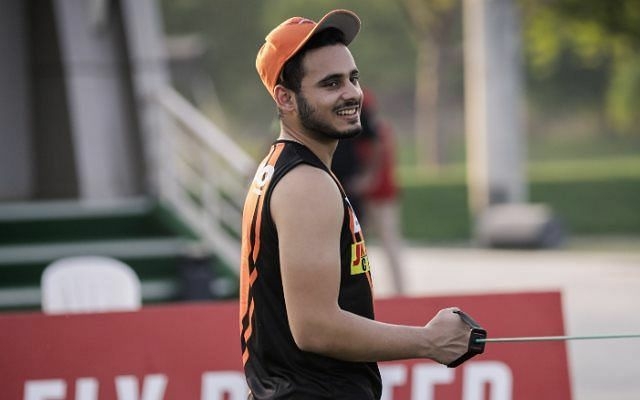 All-rounder Abdul Samad feels that it is a huge thing for the state of Kashmir that he and Umran Malik have been retained by Sunrisers Hyderabad ahead of IPL 2022 mega auction. SRH, who released some key overseas players including David Warner and Rashid Khan, retained the two uncapped players alongside skipper Kane Williamson.

Samad made his IPL debut last season and had an instant impact over critics with his power-hitting abilities with the bat. While, Umran joined SRH as the net bowler but was included in the team midway last season as a replacement for T Natarajan.

Umran straightaway grabbed the limelight with his raw pace. He bowled the second-fastest delivery of IPL 2021 – 152.95. In the top 20 list, Umran featured 5 times with his fast deliveries.

Samad said that he shared great camaraderie with Umran as they talk on a daily basis. The talented all-rounder also claimed that there will be a lot of responsibility on the duo after SRH backed them over others.

“It is a huge thing for the state of Kashmir that me and Umran Malik, both uncapped players, have been retained. We talk on a daily basis, and he was telling me that it would be great if we end up on the same team. We are like brothers. There will be a lot of responsibility on us,” Samad told Sports Tak.

He further expressed his gratitude towards SRH for showing faith in him.

“Yes, I was expecting to be retained but there were many big players the franchise could have retained,” he said. “It is a very huge thing for me that they have shown such faith. Can’t describe the feeling I had when I found I was getting retained,” he said.

The 20-year-old is hopeful that SRH will manage to re-group some of the released players in the auction as he wishes to see Rashid Khan back in Hyderabad colors.

“Will miss the players who were not retained, hopefully, we manage to get hold of as many of those players as we can in the auction,” he said. “I wish that we get all the players back but if we see for the sake of the team, I wish to see Rashid Khan back.”