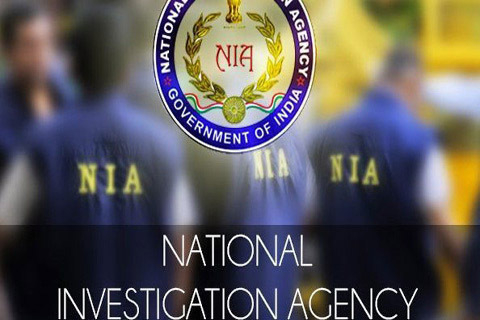 Srinagar :A Hizbul Mujahideen militant allegedly involved in the killing of an RSS functionary and his PSO was arrested by the NIA in Jammu and Kashmir’s Kishtwar district, officials said on Wednesday.
He was apprehended by the National Investigation Agency (NIA) from the Hanjala area of the district Tuesday night, they said.
The militant has been identified as Rustam Ali. He was named in a chargesheet filed by the NIA in the killing of RSS activist Chander Kant Sharma and his Personal Security Officer in April last year, the officials said.
Jammu and Kashmir Police had on September 23 last year arrested Hizbul Mujahideen militants — Nissar Ahmed Sheikh, Nishad Ahmed and Azad Hussain — in connection with the murder cases of a senior BJP leader and an RSS functionary in the region.
BJP state secretary Anil Parihar was killed in 2018, while senior RSS functionary Sharma and his PSO were shot dead in April last year. Both the killings had triggered protests in Kishtwar.
The killings were part of a conspiracy to revive militancy in Kishtwar and were hatched by longest surviving Hizbul Mujahideen commander in the area Jahangir Saroori, according to the officials.