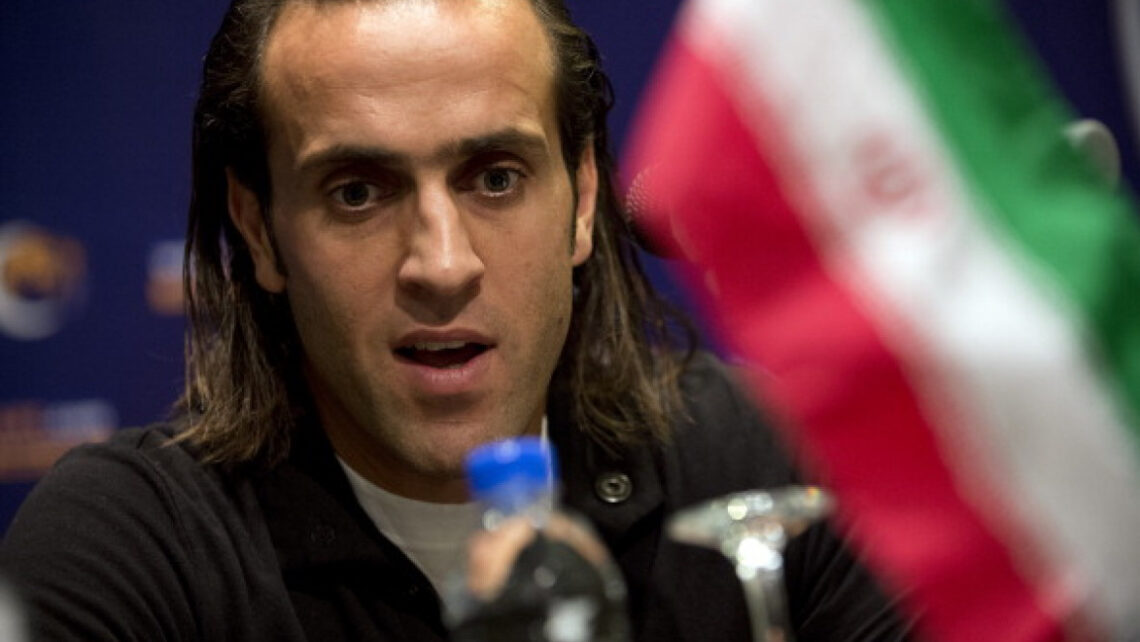 Karimi, who is popularly known as ‘The Asian Maradona’ for his footballing prowess, has taken to Instagram to show solidarity with those demonstrating against the 22-year-old woman’s death.

Amini, who is Kurdish-Iranian, was pronounced dead on 16 September three days after her arrest at a Tehran metro station by Iran’s Morality Police for allegedly not wearing the hijab “properly”.

The pro-Guards Fars news agency on Friday described Karimi as a “rabble-rouser”, and demanded Iran’s intelligence ministry and judiciary “deal with him,” according to Iran Wire.

The former Iran football team captain also paid tribute on Twitter to Amini under the hashtags ‘I am Iran’ and ‘Women, Life, Freedom’.

He also mourned prominent 20-year-old protester Hadis Najafi, who was reportedly shot and killed in the city of Karaj on Sunday, according to Newsweek.

Karimi is said to be the first prominent Iranian figure to accuse the Morality Police, also known as the Guidance Patrol, of her death, reported The Telegraph.

He also stated that he believes Amini’s family’s story is that she died due to a blow to the head and other injuries in police custody.

President Ebrahim Raisi said that Iran must “deal decisively with those who oppose the country’s security and tranquility”.

Mahsa Amini’s death has gone on to spark large-scale, nationwide protests against the Morality Police, where at least 41 people have been killed as of 24 September, according to Reuters.

Protests have also taken place in several cities around the world, such as Paris and London, outside Iranian embassies. The violence took place at these demonstrations and arrests were made.

Meanwhile, the reformist Islamic People’s Union of Iran party has called on for an “impartial” probe into the 22-year-old woman’s death, according to AFP.

Karimi played for Iran between 1998 and 2012, earning 127 caps and scoring 38 goals as an attacking midfielder. He is considered one of Iran and Asia’s best football players of all time.