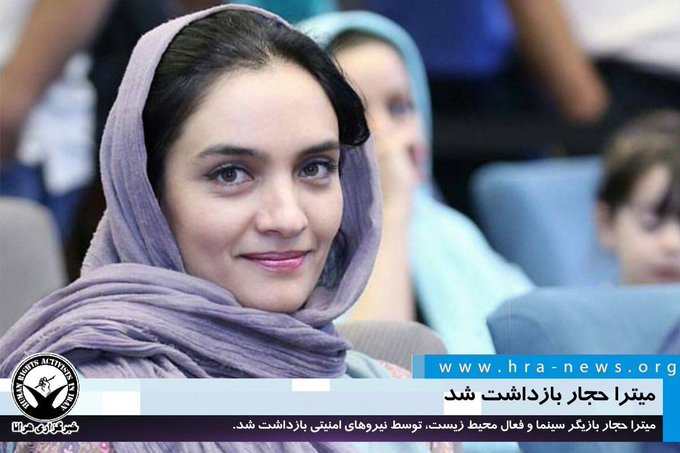 “Mitra Hajjar, a film and television actor, was arrested today after a search of her apartment,” Mehdi Kohian told media.

As per media reports, Hajjar was one of the artists summoned by prosecutors and questioned about “provocative” content posted online amid a wave of popular protests caused by the death in September of a 22-year-old woman who was detained by the morality police.

Since September 16, Iran has been witnessing demonstrations protesting the death of 22-year-old Mahsa Amini, after she was arrested by the morality police for violating the strict dress code in Iran.

During the protests, demonstrators burned their headscarves and chanted anti-government slogans. Since Amini’s death, more and more women refuse to wear headscarves, especially in northern Iran.