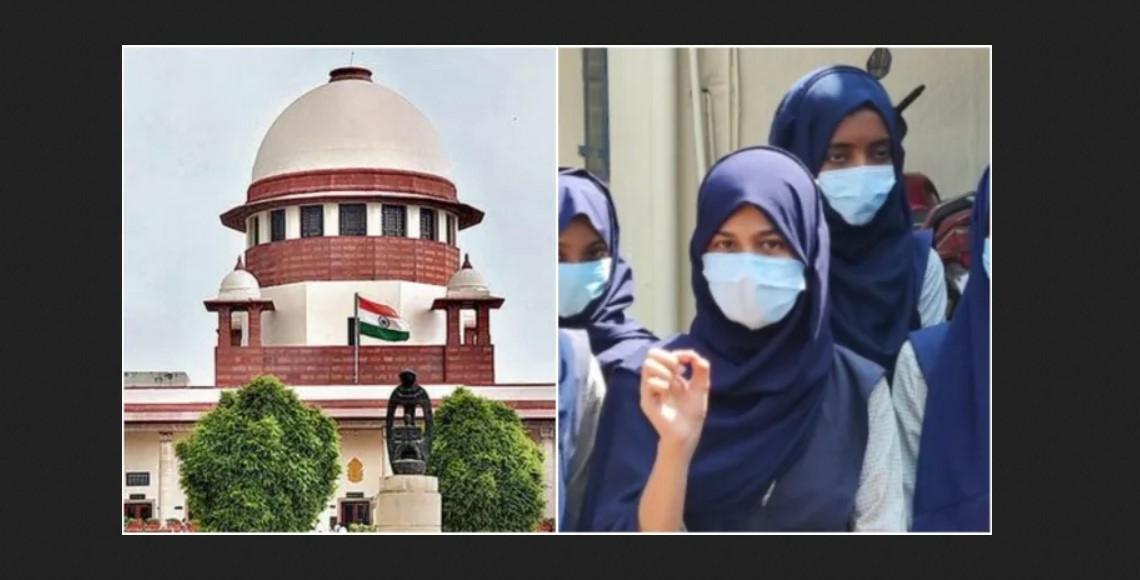 New Delhi, March 24: The Supreme Court on Thursday declined to give any specific date to hear a plea challenging the Karnataka High Court order, which dismissed all petitions seeking direction for permission to wear hijab in classrooms.

Senior advocate Devadutt Kamat mentioned one of the cases on behalf of a petitioner, a Muslim girl student, and sought urgent listing of the matter. Kamat insisted that exams were approaching and urged the court for an urgent hearing on the matter.

A bench headed by Chief Justice N.V. Ramana said this has nothing to do with the exams. The Chief Justice told Kamat not to sensationalize the matter.

Kamat contended that the girl students were not being allowed to enter the schools, and they will lose one year. However, the bench moved on to the next item.

On March 16, the Supreme Court Wednesday declined to grant an urgent hearing on a plea challenging the Karnataka High Court order, which held that wearing of hijab by Muslim women does not form a part of the essential religious practice in the Islamic faith.

Then, senior advocate Sanjay Hedge, representing the petitioners, mentioned the plea before a bench headed by Chief Justice N.V. Ramana. Hedge said there was urgency in the matter, as several girls have to appear in exams. The bench said others have also mentioned that the court will look into the matter.

Hedge had insisted that the exams are starting and there was urgency in the matter.

The plea filed through advocate Adeel Ahmed and Rahamathullah Kothwal said the high court order creates an unreasonable classification between the Muslim and the non-Muslim female students and thereby is in straight violation of the concept of secularism which forms the basic structure of the Indian Constitution. The petitioners are Mohamed Arif Jameel and others.

The plea said: “The impugned order is also in sheer violation of the Article 14, 15, 19, 21 and 25 of the Indian Constitution and also violates the core principles of the International Conventions that India is a signatory to.”

It further added, “Being aggrieved by the impugned Government Order, as it is in violation of Indian constitution, the petitioner had approached the Hon’ble High Court by way of a Public Interest Litigation (PIL) petition challenging the validity of the same.

“The Hon’ble High Court vide the impugned order had sought to curtail the fundamental right of Muslim student-women by upholding the impugned Government Order which bars Muslim women from wearing the hijab and pursuing their education. It is hereby submitted that the right to wear hijab is an ‘essential religious practice’ and falls within the ambit of the right of expression guaranteed by Article 19 (1) (a), the right to privacy, and also the Freedom of Conscience under Article 25 of the Constitution. The same cannot be infringed upon without a valid ‘law’.”

Another plea, filed by two Muslim students, Manan and Niba Naaz, through advocate Anas Tanwir, said: “The petitioners most humbly submit that the High Court has erred in creating a dichotomy of freedom of religion and freedom of conscience wherein the court has inferred that those who follow a religion cannot have the right to conscience.”