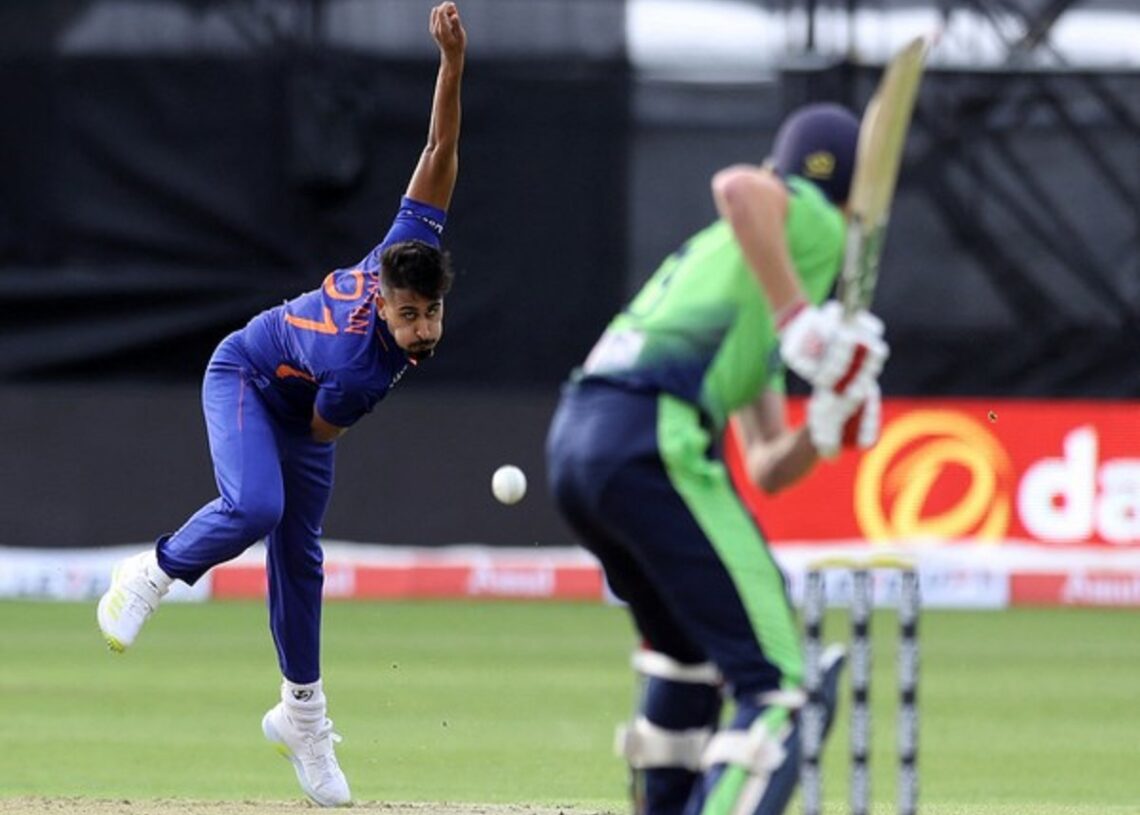 After registering a win over Ireland in his first outing as an international captain, India skipper Hardik Pandya backed his fellow teammate and debutant Umran Malik.

Blistering knocks by Deepak Hooda and Hardik guided Team India to a seven-wicket over Ireland, in a rain-curtailed first T20I of the two-match series, here at Malahide Cricket Club Ground on Sunday. Pacer Umran Malik, who earned his maiden cap in the first T20I against Ireland, had a forgetful outing with the ball as he conceded 14 runs in a single over and went wicketless.

Fans would have loved to see the Sunrisers Hyderabad pacer bowl one more over in the rain-curtailed series opener. Also, he didn’t bowl in the powerplay. Captain Hardik Pandya said he had a chat with Umran about bowling with the older ball, adding that he will try and give more overs to the Jammu paceman in the second game.

“He’s been fantastic for his franchise (Umran Malik). But I felt, also had a chat with him, he’ll be more comfortable with the older ball. Ireland batted fantastically, had to go back to our main bowlers. Maybe next game he’ll have a full chance,” Hardik said at the post-match presentation.

After heavy rain, the assigned 20 overs were reduced to 12 per side with revised conditions. The powerplay was from one to four overs with only three bowlers who can bowl two overs and two bowlers could bowl three overs.

Hooda smashed 47 runs off 29 balls while Hardik played a knock of 24 runs off 12 balls, and helped Team India to chase down the target of 109 runs in just 9.2 overs, with seven wickets in hand. For Ireland, Craig Young was the pick among the bowlers as he scalped two wickets while Joshua Little settled with one.

Earlier in the first innings, Harry Tector’s unbeaten 64 guided Ireland to 108/4 against India. while for visitors Bhuvneshwar Kumar, Yuzvendra Chahal, Hardik Pandya, and Avesh Khan scalped one wicket apiece. With this win, India have taken a lead by 1-0, in the two-match series and both the teams will be squaring off for the second T20I on Tuesday. (Agency inputs)