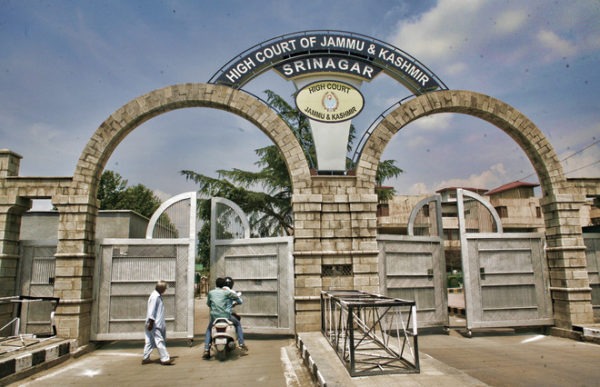 Srinagar: Jammu and Kashmir High Court on Wednesday dismissed a Public Interest Litigation by Kashmir lawyers Body, seeking a total ban on pellet guns as a means of crowd control and prosecution of those responsible for using the munitions during 2016 unrest in Jammu and Kashmir.

So far as the constitutional tort was concerned, a division bench of Justices Ali Mohammad Magrey and Dhiraj Singh Thakur held that the government has fulfilled its obligation inasmuch as they have made ex-gratia payments to “most of the injured persons.”

The PIL was filed before the high court in 2016 by J&K High Court Bar Association, seeking a stay on the use of pellet guns as a large number of people had been killed or injured due to its use. Subsequently, the high court dismissed the plea on 21 September 2016 following which lawyers’ body challenged the ‘interim order’ before the Supreme Court on the ground that the Centre had already constituted a Committee of Experts through its Memorandum dated July 26, 2016 for exploring alternatives to pellet guns. When the matter came up for hearing on December 14, 2016, the Supreme Court had observed that pellet guns should not be used “indiscriminately” for controlling street protests in Jammu and Kashmir and be resorted to only after “proper application of mind” by the authorities.

Last year, the top court referred the matter back to high court.

“So far as the first and the second prayers made in the petition are concerned, the Court has already recorded a finding in its order dated 21.09.2016, particularly in paras 22 to 27 thereof, quoted herein above,” the high court said.

In the first and second prayer, the lawyers’ body had sought that the Court prohibit use of use of 12-Bore Pellet Guns for crowd control in J&K and that Security Force officers and personnel, who had used Pellet Guns on protesters and non-protesters with effect from 08.07.2016 may be directed to be prosecuted for having caused injuries to people.

In paras 22 to 27 of the order September 21 order, the court, according to GNS, had said: “It is manifest that so long as there is violence by unruly mobs, use of force is inevitable. What kind of force has to be used at the relevant point of time or in a given situation/place has to be decided by the persons in charge of the place where the attack is happening”.

It had added: “… Having regard to the ground situation prevailing as of now and the fact that Government of India, Ministry of Home Affairs has already constituted a Committee of Experts through its Memorandum dated 26.07.2016 for exploring other alternative to Pellet Guns, before filing the report by the Expert Committee and a decision taken at the Government level, we are not inclined to prohibit the use of Pellet Guns in rare and extreme situations.”

Regarding the prosecution, the court had said: “the same cannot be considered in the writ petition as no findings of use of excessive force, violating the guidelines issued in the SOP, have been recorded by any fact finding authority…. Hence the persons alleging use of excessive force, due to which death or injury has occurred, can very well approach the appropriate forum to establish the same and seek redressal.”

Meanwhile, regarding compensation to the injured persons, the division bench said: “We are of the opinion that so far as the constitutional tort is concerned, the State has fulfilled its obligation, inasmuch as they have made ex-gratia payments to most of the injured persons.”

With respect to the remaining, the court said, it is categorically stated (by the officials) that their cases shall be decided in tune with the Government policy in that behalf in due course of time.

“We think that in the event any individual person feels that he has not been adequately compensated commensurate with the injury he had suffered, nothing can come in his way to claim such compensation as he may wish from the State under the private law in an action based on tort through a suit instituted in a court of competent jurisdiction,” the court said, adding, “This Court in this PIL, in its jurisdiction under Article 226 of the Constitution of India, cannot grant a relief to the satisfaction of every such individual allegedly injured in police action, especially so when there is a finding recorded by the Court in its order dated 21.09.2016 that almost every day, in the guise of protests, the security personnel, their camps and Police Stations were targeted by unruly crowds, and that, if the protest is not peaceful and the security persons are attacked by huge and violent mobs, they have to necessarily use force in their self defence and for protecting public property.”

Strictly speaking, the court said, it is not a case where compensation is being sought or claimed for wrongdoing of any security force personnel, or for violating any fundamental right of any citizen by them, but for discharge of public duty by such security force personnel who were being attacked by violent mobs during the relevant period. “In any case, since the Government has discharged its obligation, nothing more needs to be done in this PIL,” the court added.