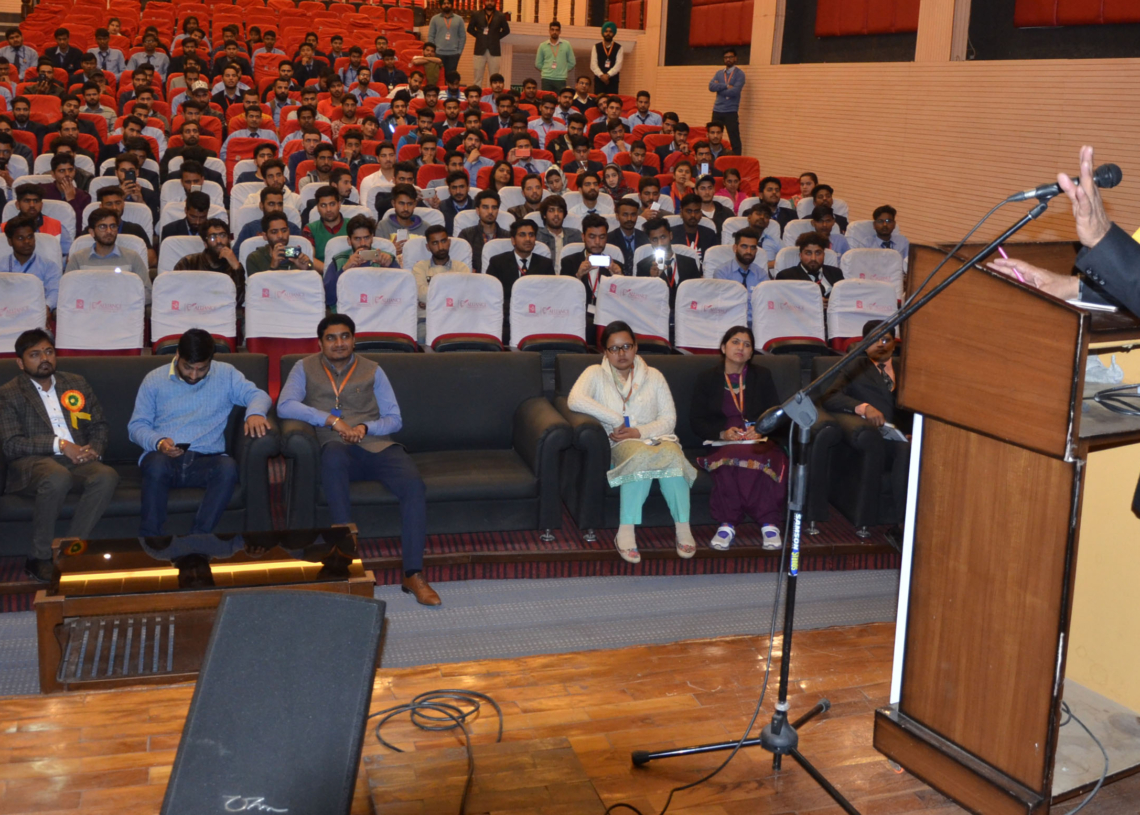 CHANDIGARH, FEB 21: On Day-II, Minister for Rural Development Panchayati Raj, Law and Justice, Abdul Haq Khan continued his interaction with JK students studying in various colleges in Punjab.
Minister is on visit to the state on the directions of Chief Minister Mehbooba Mufti to meet JK Students to get feedback from them regarding the steps government need to take to ensure comfortable stay of students in other states while they study.
The Minister visited Swami Vivekanand Institute of Engineering and Technology Banur, Chandigarh and held an interaction with students. The students apprised Minister about various issues faced by them while their stay in other states and also suggested various measures to be taken by the government to assist the students in case of problems.
During the interaction, students raised a demand of setting up of a special helpline and a special cell in the State through which the students can contact the government immediately in case they need any help and the dedicated officials of the special cell can coordinate with the respective states.
They also raised the issue of delays in various central sponsered scholarships and sought government intervention in getting the issues resolved.
Many other students suggested the government to open technical universities in the state so that not only the local students but also the students from other states will come to J&K to study.
Responding to the suggestions given by the students, Minister assured them he will communicate their suggestions to the government and that all the measures/steps will be taken to safeguard the interests of the students who are studying outside the State.
He also shared personal phone numbers with the students and asked them to contact him directly in case they need any assistance of the government.
The Minister was accompanied by Mission Director JKSRLM, Bakshi Javid Hamayun, Additional Mission Director Kapil Sharma and other senior officers of the state government and Chandigarh Government besides the officials of the University.
While interacting with the students in the University, Minister said it after parents, it is the responsibility of the government to take care of its youth who are studying or working outside the state.
He urged the students to be the ambassadors of the J&K state and help in breaking the negative stereotype about Kashmir build by a section of media.
He said during interactions with students in various states he came to know that the students are the primary sufferers of the negative image being portrayed of J&K by blowing minor issues out of proportion and that students need to act ambassadors of peace in the respective states they are studying.
Abdul Haq said studying outside their state can be a blessing in disguise as students get to know more people and diverse cultures and help in removing negative stereotypes thereby bridging the gaps and bringing the people together.
He said once the people talk to each other all the negative notions against each other gets demolished and real picture come to fore. He said that is the only way that the people of Kashmir can counter the narrative being constructed by a section of media.