by Suhail Khan
A A 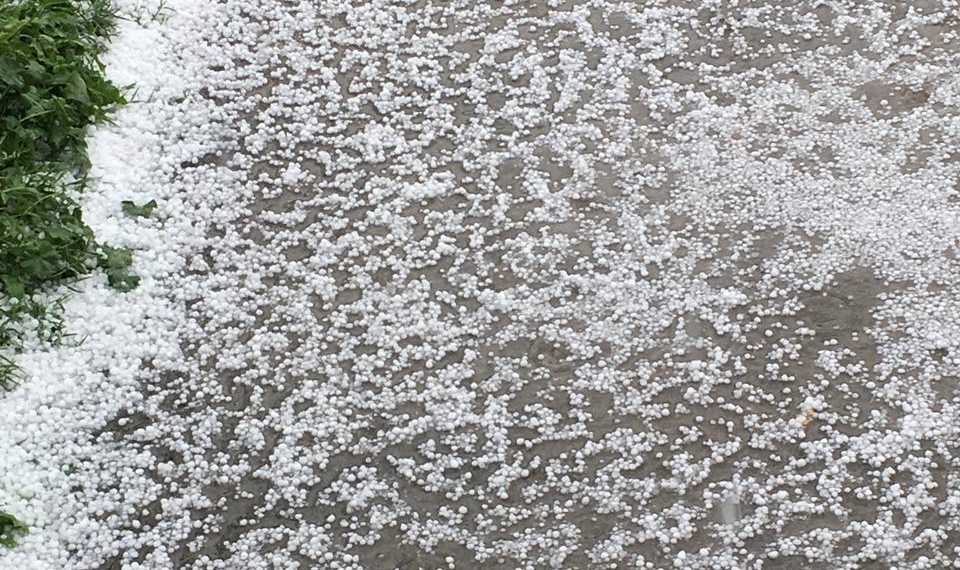 Baramulla, Apr 11: The hailstorm wreaked havoc in several areas of North Kashmir’s Baramulla district on Wednesday.
Manzoor Sheeri, the hailstorm and gusty winds on Wednesday afternoon caused extensive damage to orchards and crop fields vegetables in many areas in main town Baramulla and area of Narvaw villages like Sheeri, Fatehgrah, Zandfaran, Malpora areas of north Kashmir’s Baramulla district.
The district witnessed Hailstorm this afternoon which continued about five minutes and resulted in the tremendous loss to farmers and fruit growers.
The locals said that the hailstorm inflicted heavy damages on crops like apple, rice saplings and other vegetables and fruits.
“The storm knocked down the growing walnuts, apple and broke down the twigs and branches of tress. The seedling of paddy was badly damaged due to fourth hailstorm this afternoon,” group of farmers told The Kashmir Monitor.
The locals demanded adequate compensation from Government for their losses.