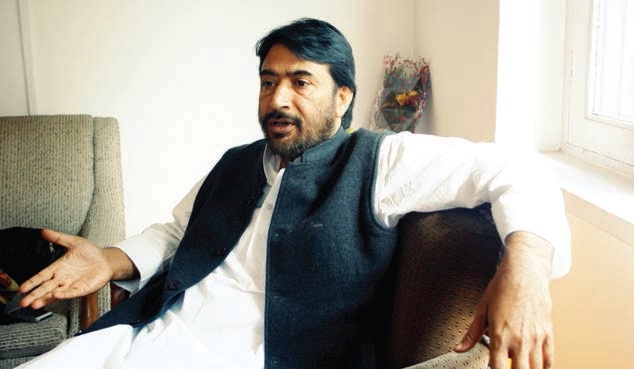 Srinagar, Mar 01: Jammu and Kashmir Pradesh Congress Committee (JKPCC) chief, G A Mir on Thursday said that the government’s betrayal has pushed the youth in Kashmir to join the militant ranks.
He also said that the appointment of Chief Minister, Mehbooba Mufti’s cousin brother, Aroot Madni is not any big issue but the backdoor appointments are going on in every department since PDP-BJP bonhomie started.
Mir while talking to reporters on the sidelines of the party meeting here at party headquarters, said that the party high level delegation has already approached to the Governor N N Vohra in this regard, asking him to look into the backdoor appointments thoroughly. “KVIB issue is not a big issue but the backdoor appointments are going on everywhere at present. We have already sought Governor’s intervention in this regard and have also cautioned him about the consequences of such illegal happenings,” he said while alleging ‘nepotism’ in SPOs appointment.
He further stated that the youth are alienated with the government as their trust was betrayed since the new dispensation took over in 2014, which is also the cause that the youth in Kashmir are picking up arms. “The Kashmiri youth are picking up arms because the government especially PDP has betrayed the trust of people since it forged an alliance with the BJP,” he said.
“The PDP had sought votes from the people to keep BJP at bay but later they forged an alliance with them, resulting in anger among the people especially youth. I believe that the alliance choosing BJP as an alliance partner was the biggest U turn,” he said.
The state congress chief further said that the dialogue process, which New Delhi claimed to have initiated, was not result-oriented. “The interlocutor appointed by the Government of India is only touring the places. I believe dialogue is the only way out to resolve the Kashmir issue. All the issues can be resolved through a meaningful dialogue,” he said.
He further stated that the incidents of cease fire violation have increased ten times more than what it was since 1962-2014. “The lack of foreign policy is the outcome that the cease fire violation along LoC has been increased ten times since 2014. I think Modi had a policy to kill Kashmiris as the only people who are being killed on LoC, militant related activities are Kashmiris. Whosoever is being is Kashmiri,” he said, adding that Modi’s all promises done with the people proved hoax on the ground.