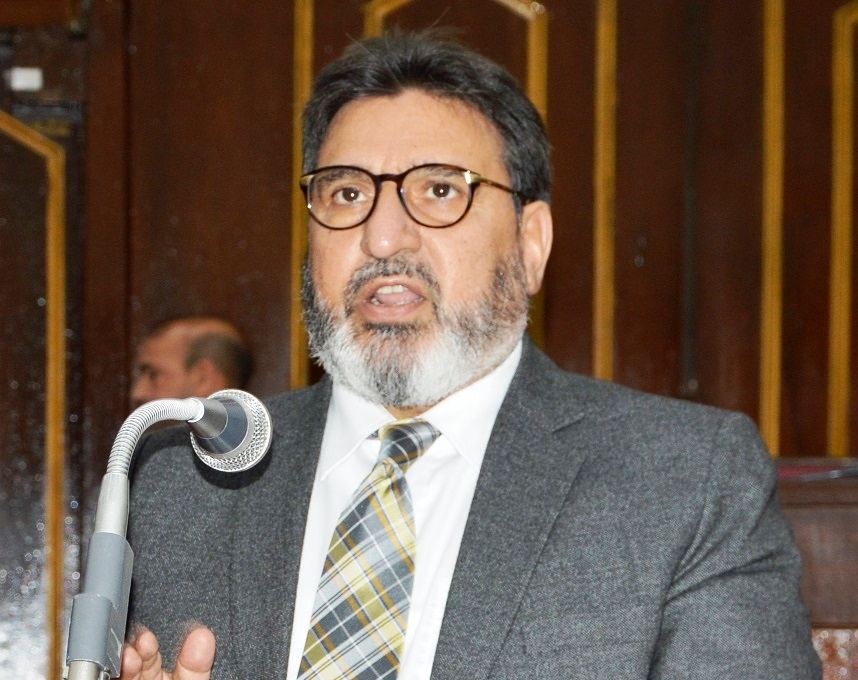 Jammu, FEB 12: Minister for Education Syed Mohammad Altaf Bukhari informed the Upper House that the government has approved up-gradation of 200 Middle Schools (100 in each division) to the level of High School and 200 High Schools (100 in each division) to the level of Higher Secondary School in the state.
Replying to a question of Sajjad Ahmad Kichloo, the Minister said that the up-gradation of these schools would be done as per the existing norms/feasibility. “However, the government would not establish any college by upgradation of Higher Secondary Schools,” he added.
He further informed that the government has approved opening of 17 new Degree Colleges and priority would be given to the uncovered areas of the state. The government is working on finalization of the locations subject to the availability of requisite land and feasibility of demand which includes the sufficient number of feeding Higher Secondary Schools, he added.
Related to the status of construction work on Kishtwar campus of University of Jammu, the Minister informed that the work on Academic Block has been completed, while work is apace on the building for Boys and Girls Hostels and development of basic infrastructure. The issue regarding release of second installment of funds has been taken up with the UGC to complete the remaining works, he informed.
Legislator Firdous Ahmad Tak also raised supplementary question to the main question.