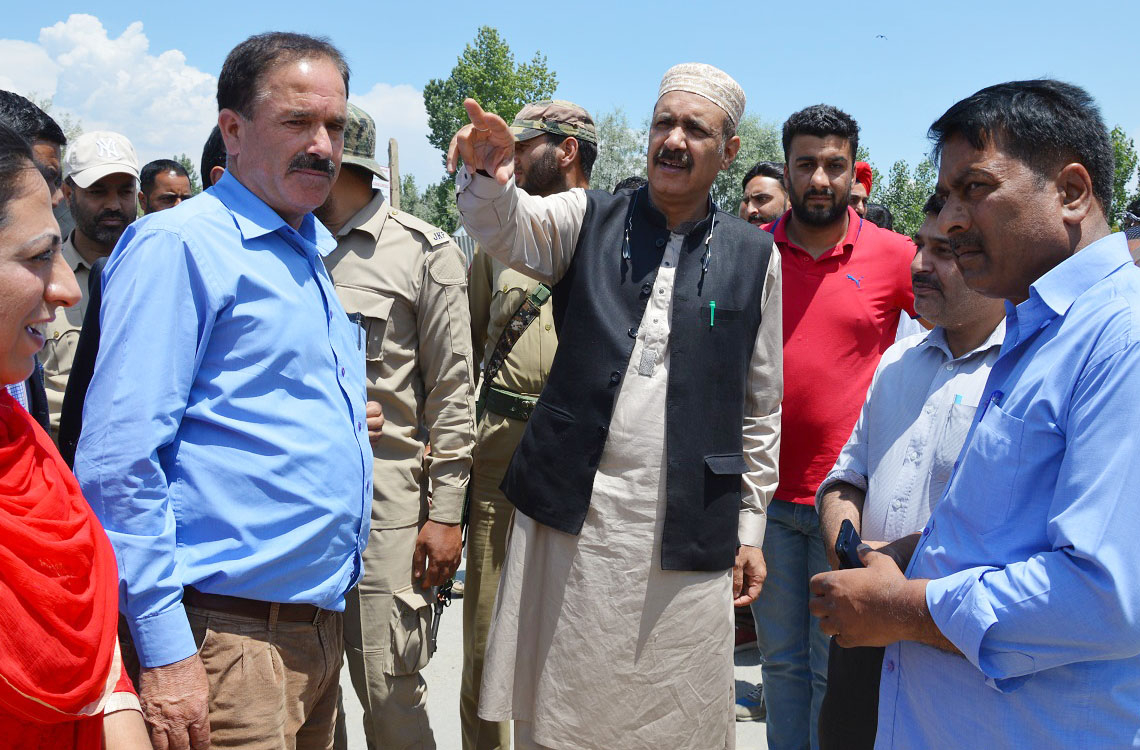 BARAMULLA, MAY 27: Minister for Horticulture, Law and Justice and Parliamentary Affairs, Syed Basharat Bukhari today said that providing sustainable livelihood to labourers and other workers in unorganized sector has been a priority of the present dispensation led by Chief Minister Mehbooba Mufti and several welfare schemes have been formulated to ameliorate the living conditions of these people.
The Minister said this while addressing a gathering at the daylong awareness cum distribution camp, organized by Labour Department here today.
District Development Commissioner Dr Nasir Ahmad Naqash, Joint Director Planning A G Malik, various district and sectoral officers and a large gathering of people were present on the occasion.
Citing the examples of various welfare programmes including NRLM, UDAAN and Himayat, the Minister said that these schemes have been primarily initiated for poverty alleviation. He urged the people to opt agriculture and allied sectors viz apiculture, pisiculture etc for their livelihood as these sectors are economically viable and the government has launched several schemes to support people involved with these sectors.
Lauding the endeavors of Labour Department for uplifting the socio economic condition of economically downtrodden, the Minister urged for renewed efforts to increase awareness about welfare schemes among common masses.
On the occasion, Bukhari also distributed compensation cheques worth Rs 11 lakh among 18 beneficiaries for chronic disease and death cases.
Assistant Labour Commissioner Ashiq Hussain informing the Minister about previous achievements said that during 2017-18, Rs 8.97 crore has been distributed among 13 thousand workers registered under J&K Building and Other Construction Workers Act.
Later, the Minister accompanied by DDC and others concerned officers made spot visits to various ongoing developmental projects to review the progress and pace on the projects including Rs 5 crore Double Lane Steel Bridge on Nigli Nallah Tarzoo, Haigam Tarzoo road, besides other works being undertaken by various executing agencies. He directed the concerned to ramp up pace of work so that these projects are completed at the earliest.
The Minister also met several deputations during his visit and took stock of their grievances. He assured them that their grievances will be taken up on priority for early redressal.

Durrani a liar, sabotaged many pro-Pak initiatives in past: DeM