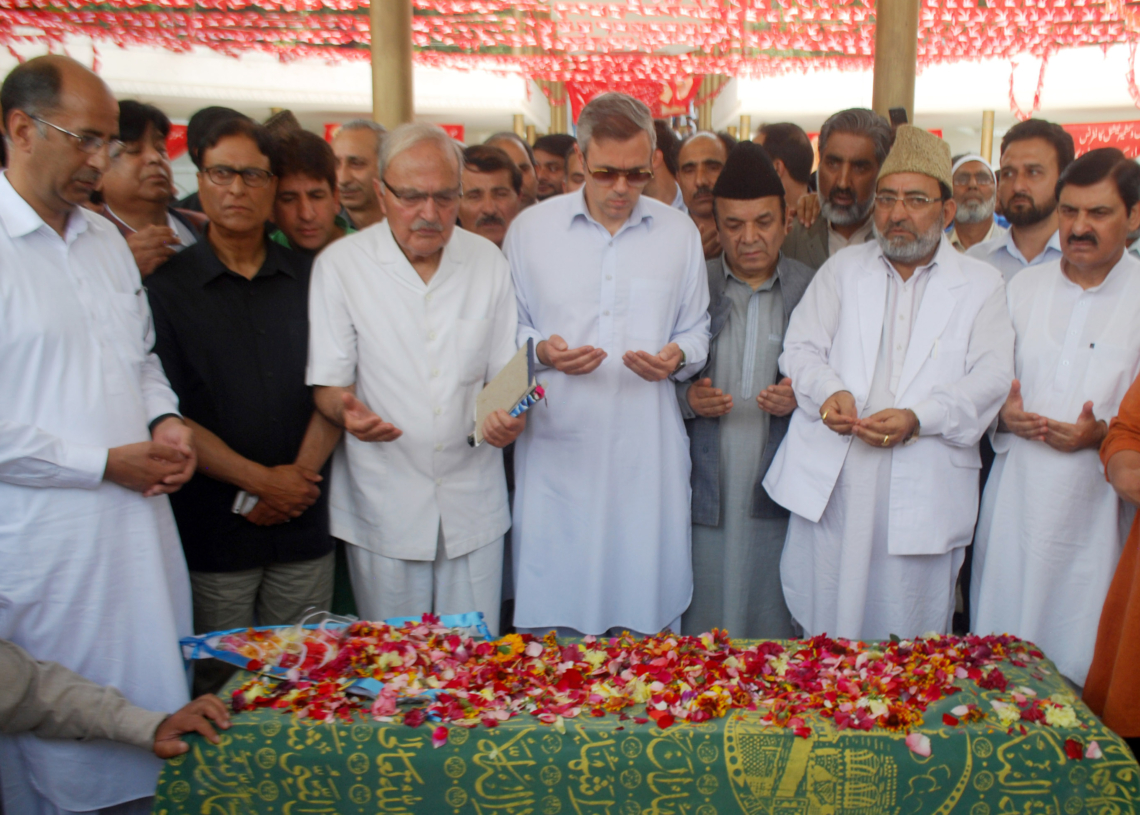 Srinagar, July 11: Former Chief Minister and National Conference (NC) Working President, Omar Abdullah, on Wednesday said the situation in Kashmir has not improved even with the Governor’s rule.

Omar, who was speaking to media after paying homage to his grandmother Begum Akbar Jahan on her 18th death anniversary, said, “The people had hopes of improvement, but nothing like that has happened yet. Killing of civilians during encounters continues in south Kashmir.”

“Until government doesn’t stop the killing of civilians, there cannot be a hope of an improvement in the situation in Kashmir.”

He appealed the governor to evolve a Standing Operation Procedure (SOP) to ensure an end to civilian causalities during encounters.

“We earlier requested Mehbooba Ji, and now we appeal the Governor to take the necessary steps,” he said.

The NC Working President also criticised New Delhi for taking action against 2009 IAS-topper Shah Faesal, saying that questioning him for a tweet against rape was “shocking”.

“Shah Faesal had said it in accordance to the current situation and he raised voice against rapes. He served Jammu and Kashmir for years together now and nobody questioned his honesty and integrity. To question now his integrity and honesty is unjustified,” he said.

“Why no enquiry against the minister who garlanded people involved in killing of a person?” he said.

Later in a press statement, Omar said the PDP-BJP Alliance had pushed JK into the “throes of turmoil and uncertainty and the rank opportunism that formed the basis of their politics has not only alienated the people but also created chasms between the three regions of the State”.

“We have witnessed rampant persecution, injustices and widespread corruption while this alliance was at the helm of power,” Omar said.

“The people of J&K are the only victims here and Mehbooba Mufti owes them an unconditional apology,” Omar said.

Omar said that Mehbooba’s “arrogance had driven her own leaders away and this was another indication of her contempt towards the mandate of 2014 and also her refusal to respect the sentiments of the people at large”.

“Mehbooba Ji has lost the faith of her own leaders due to her arrogance and flawed policies. It was none other than her own brother and Former Tourism Minister who said PDP and BJP were ‘partners in crime’. In order to become the Chief Minister and to enjoy the spoils of power, Mehbooba Mufti ended up bartering the interests of the State to the highest bidders while ridiculously reserving the right to criticize her own alliance partner simultaneously. This policy of running with the hare, while hunting with the hound has no takers and the people of the State have realized the scale and extent of PDP’s deceit and betrayal,” he added.

Reiterating the demand for the dissolution of the State Legislative Assembly, the NC Vice President said the party believes this was a necessary requirement to end the ongoing phase of uncertainty and speculations that are adding to the sense of cynicism among the people.