Geelani condemns firing at Shopian: ‘This is what Army means by ceasefire’ 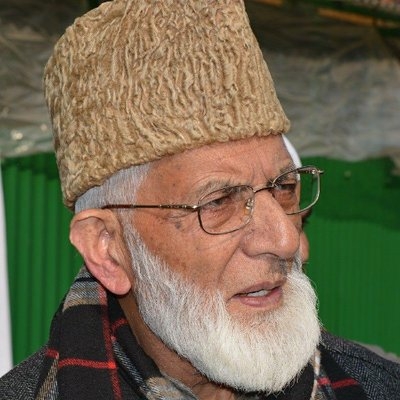 0
SHARES
1
VIEWS
Share on FacebookShare on Twitter
Srinagar, May 22: Strongly condemning the firing and seriously injuring four teenage girls in Shopian, Hurriyat Conference (G) Chairman, Syed Ali Geelani said that this is what the Indian Army means by the much hyped ‘ceasefire’.
He said that it is the genetic nature of the oppressor that it inflicts the wounds first and then sprinkles the salt and pepper on them, to aggregate the pain and agony of the sufferer, so that these sick-minded rulers get psychological and mental pleasure.
Hurriyat (G) chairman said that it is the same Army which in whole of the state of Jammu and Kashmir, particularly South Kashmir, butchered and massacred hundreds of youth irrespective of their being armed or un-armed, wounded, maimed and blinded thousands of innocents just for peaceful protests in demand of their basic rights, and now most brazenly and shamelessly, the arrange the ‘so-called Iftar Party’, to show their artificial love and affection with these bereaved families. He applauded and hailed the people of Shopian who opposed these fake gestures.
Hurriyat chairman said that when people of that area didn’t want such an event, why these men in uniform forced their dictation on gunpoint and when people opposed they fired to silence them by bullets, –hounring and respecting their ‘ceasefire’, Geelani said “their Army will continue to conduct such Iftar parties to mingle with the people so that they could wash off their hands drenched in our blood, but people are cautioned to behave like their Shopian brethren and not to participate in such activities.”
Meanwhile, Hurriyat Conference is organizing a daylong Nuzool-i-Quran Conference on May 27, Sunday, at Rehmatabad Hyderpora here.
The Conference, which is to be held from 10.00. am, will be presided over by Chairman Syed Ali Geelani.
Renowned Islamic scholars, writers, pro-freedom leaders, religious scholars and other dignitaries will express their view point on the occasion and people from all sections are cordially requested to attend said conference, spokesman said in a statement.
ADVERTISEMENT
ADVERTISEMENT
Tags: state
Next Post