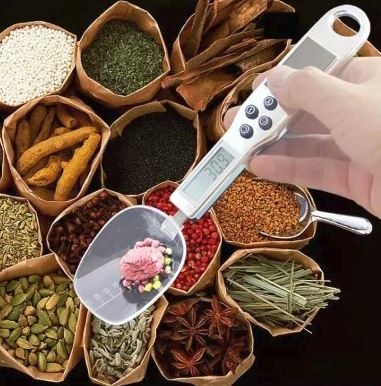 Srinagar, Feb 21: Food Safety Department Wednesday started a drive against unregistered spices manufacturing units in Srinagar city.
A team headed by Assistant Commissioner Food Safety while taking on spot action against more than a half dozen such units being established without having any registration.
However, people demanded that the spices of registered companies should also be checked. “Besides unregistered companies, the authorities should also check the spices of registered companies,” they demanded.
Assistant Commissioner Food Safety, Srinagar, Hilal Ahmad Mir told KNS over phone that “we are taking stern action on High Court Order against those Spice manufacturing Units which have been established without getting proper registration to run food units.”
He said that on Tuesday a team of food safety department has sealed more than half a dozen unregistered Spice manufacturing Units at Habba Kadal, Bagi Ali Mardan, Vantpora and Eidgah area in Srinagar city and seized machinery of such units also.
Mir said that drive against unregistered food units especially against Spice Units will continue till al manufacturing such units will not be sealed completely.
Assistant Commissioner Food Safety, Srinagar warned unregistered food unit holders and owners to stop their anti people business and not to play with the health and life of common people.
Admitting that different kinds of adultered food items are being imported from other states or cities, Hilal said that “we need to aware common people not to use such items at random.”
Pertinently, the High Court on Thursday directed authorities to close down spice units besides carrying swift action against food adulteration across the state.
“We directed the authorities concerned to submit list of all registered and unregistered enterprises which are dealing with spice branding across the state and closing down of those which are running without registration,” said a division bench of Justice Mohammad Yaqoob Mir and Ali Mohammad Magrey while hearing a Public Interest Litigation.
The High Court had earlier asked the traders’ to give an undertaking that if prima facie, the food items supplied by them were found to be adulterated then their units would be liable to be sealed.
The High Court had directed the owners/Managing Directors of food manufacturing/processing units to file an affidavit indicating as to how and in which manner the food manufacturing/processing units are following the provisions of the FSSAI Act.
Earlier as the hearing started, Additional advocate general stated that the appointment of Commissioner FSC was in progress and that the post has been created and will be likely discussed in Cabinet meeting.