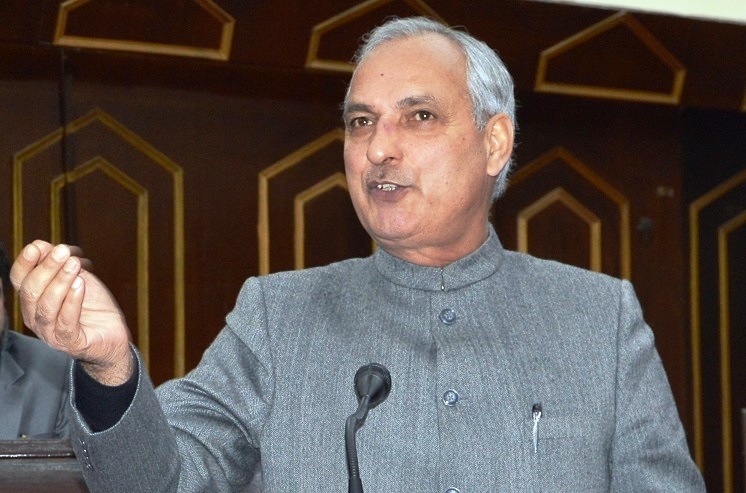 JAMMU, FEB 7: Minister for Revenue, Law and Parliamentary Affairs, Abdul Rehman Veeri today said that Transport department has taken several initiatives and efforts are afoot to minimize the road accidents and resultant causalities on National Highways.
Replying to a Calling Attention Notice moved by legislator Surinder Choudhary to call the attention of Government towards the situation that has arisen due to deaths on roads especially on Jammu-Poonch National Highway.
The Minister informed the House that 73 accidents have occurred on Jammu-Poonch National Highway, in which 57 persons have lost their lives and 54 persons were injured during 2017.
With a view to prevent road accidents resulting causalities and to ensure strict enforcement of Traffic Regulations, the Minister informed that special drive are being launched through Traffic Police department against visible offences like dangerous driving, use of mobile phones while driving, tripple riding, riding without crash helmet, over loading overtaking, driving without seat belt. Mass awareness is being spread by conducting road shows, rallies, seminars and other programs, he added.
In addition, the Minister informed that the traffic department has taken several other steps to mitigate the accidents on Jammu-Poonch National Highway. Strict mechanism has been taken up for the issuance of licences particularly for issuing hilly licences, widening and repairing of roads with further laying of parapets are being done and crash barriers on hilly roads are being established to provide safety on roads.
Besides, surprise checks are being carried out so as to exercise strict vigil on each route. All the Deputy SPs, DTI’s, SO’s and other field staff have been directed to ensure effectiveness in curbing the menace of traffic violations with special emphasis on visible offences aimed at minimizing the road accidents and loss of precious human lives,” he added.
The Minister further informed the House that J&K Traffic Police has challaned 16282 violators for various traffic related offences and a fine of Rs 21.36 lakh has been realized in district Poonch during 2017.