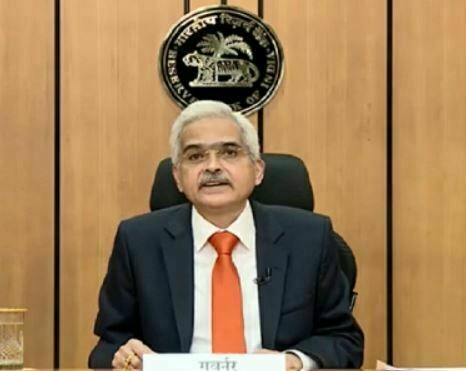 Stressing that economic growth will only move upwards, the Reserve Bank of India Governor Shaktikanta Das on Friday pegged the GDP growth rate for the next financial year at 10.5 per cent, though a tad lower than the government’s projection of 11 per cent.

The projection is in line with the estimates in the Union Budget 2021-22 presented in Parliament earlier this week.

The Economic Survey, tabled by the government in Parliament recently, has projected that the economy will grow at 11 per cent, up from an estimated historic decline of 7.7 per cent in 2020-21, on account of the COVID-19 pandemic.

“… going forward, the Indian economy is poised to move in only one direction and that is upwards,” Das said while unveiling the bi-monthly monetary policy.

The Governor said the Union Budget 2021-22, has provided a strong impetus for revival of sectors such as health and well-being, infrastructure, innovation and research, among others.

This, he said will have a cascading multiplier effect going forward, particularly in improving the investment climate and reinvigorating domestic demand, income and employment.

Also, the vaccination drive is expected to provide an impetus for the restoration of contact intensive sectors and a leading edge to the Indian pharma industry in the global market, Das said, while highlighting various aspects of the economy.

“It is our strong conviction, backed by forecasts, that in 2021-22, we would undo the damage that COVID-19 has inflicted on the economy,” he stressed.

The monetary policy statement issued by the RBI said rural demand is likely to remain resilient on good prospects of agriculture.

Urban demand and demand for contact-intensive services is expected to strengthen with the substantial fall in COVID-19 cases and the spread of vaccination.

Consumer confidence, it said is reviving and business expectations of manufacturing, services and infrastructure remain upbeat.

“The fiscal stimulus under AtmaNirbhar 2.0 and 3.0 schemes of government will likely accelerate public investment, although private investment remains sluggish amidst still low capacity utilisation,” it added.

After the Budget 2021-22 announcement on Monday, Economic Affairs Secretary Tarun Bajaj had said that real GDP growth would be 10-10.5 per cent in the next fiscal.

“Our revenue figure is under-stated not overstated. We have taken nominal GDP at 14.4 per cent and revenue growth at 16.7 per cent.

“So, the buoyancy is only 1.16. We are hopeful we will get more than this. We will definitely be within 6.8 per cent and could be lower also,” Bajaj had said.