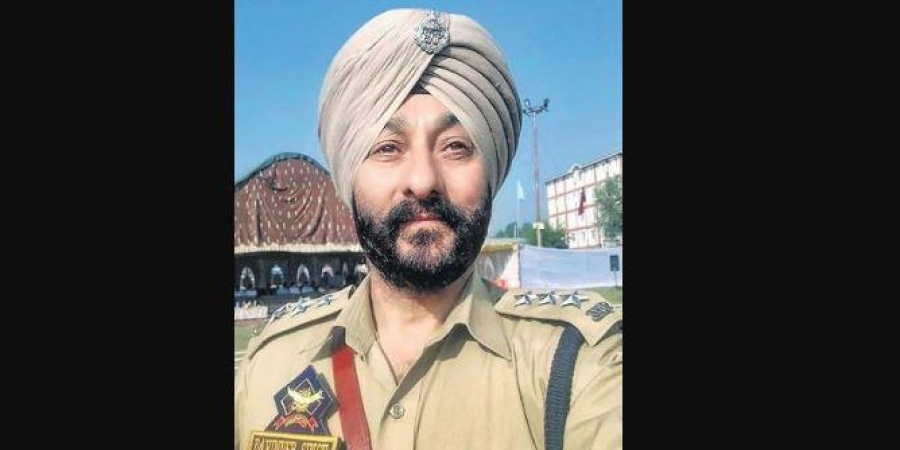 New Delhi: Jammu and Kashmir Police officer Davinder Singh, who was arrested while ferrying two Hizb-ul-Mujahideen militants in a vehicle on the Srinagar-Jammu Highway earlier this year, has been sent to further custodial interrogation by a Delhi court till April 3.

Special Judge Ajay Kumar Jain extended Singh’s custody after Delhi Police said that he was required to be confronted with other accused Javed Iqbal, Syed Naveed Mushtaq and Imran Shafi Mir arrested in the case.

Heard the IO (investigating officer) and peruses the record. Police custody is granted for further interrogation and identification of other accomplices and confrontation with other co-accused, the judge said. The court also directed the police to conduct his medical examination after every 48 hours.

The police sought Singh’s further custody, saying that the confrontation and further interrogation was required to unearth the larger conspiracy and role of the accused, to trace the details of financial transaction, to verify and trace other offenders.

It also told the court that the custody was required to establish the identity of main handler, defence advocate Prashant Prakash said. Suspended DSP Davinder Singh was suspended from the Jammu and Kashmir Police in January this year.

The Special Cell had brought Davinder Singh to Delhi from Hira Nagar Jail in Jammu and Kashmir. Earlier the court had sent Syed Naveed Mushtaq and others to police custody till April 3 after the police said that he and other co accused were planning to execute terror attacks in Delhi and other parts of the country and targeted killings of protected person.

While seeking Mushtaq’s custody, police had alleged that the accused was commander of Shopian district of Hizbul Mujahiddeen through his handler based in Pakistan. The police said the accused used to chat with other co-accused and militants through various internet platforms, including darknet chat.

The accused, along with other militants of Hizbul Mujahideen, were planning to execute attack in Delhi and other parts of the country and targeted killings of protected persons, police had told the court.

The Delhi Police has filed an FIR under Section 120B of IPC. The FIR said that the youths of Jammu and Kashmir and Punjab are being trained for carrying out terrorist activities.

The FIR also mentioned of D Company and Chhota Shakeel. According to the FIR, the Delhi Police Special Cell had received an input that the D Company is funding to pro-Khalistan terrorist organisations in Punjab. Under this very FIR Davinder Singh was taken in custody.