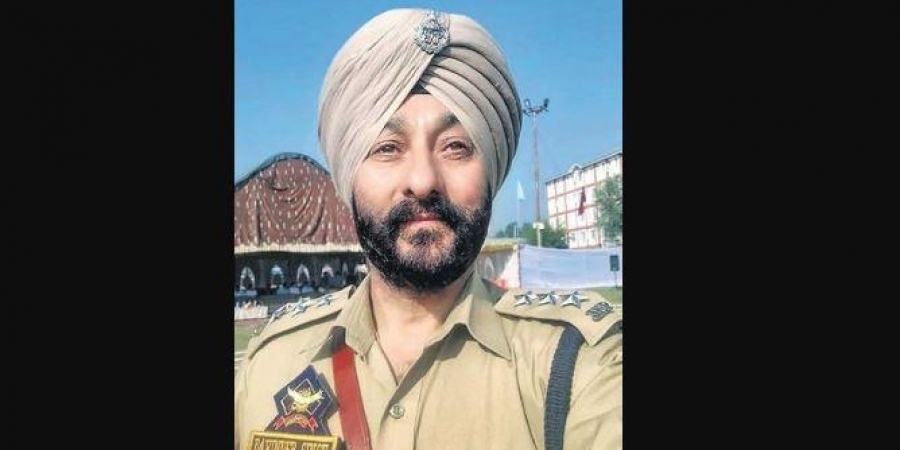 Jammu: National Investigation Agency (NIA) has completed investigation into the alleged nexus of dismissed deputy superintendent of police (DSP), Davinder Singh and according to sources the charge sheet would be filed in the court within a fortnight.

Davinder was grant bail by a Delhi court last Friday.

Singh and another accused in the case — Irfan Shafi Mir — were granted the relief by the court in a case filed by special cell of Delhi Police, noting that the probe agency failed to file charge sheet within 90 days from his arrest, as prescribed under law, their lawyer M S Khan said.

Having risen quickly in rank after he was recruited as a sub-inspector of police in 1989, Singh shocked his seniors in J&K police on January 11 this year when he was arrested in Mir Bazaar area of Srinagar-Jammu highway with his fellow passengers, Irfan Mir and Naveed Mushtaq, two most wanted militants.

In a brazen faced manner he had argued with police officers who intercepted his car that he was going on a ‘secret operation’ which only his seniors knew about.

The bluff did not pay because Singh was on the radar of his seniors since the last three months for his reported links with the militants.

Had Singh’s clandestine links not been exposed, he was likely to be promoted to the rank of the superintendent of police (SP) shortly.

Because of its sensitive nature the investigation of the case was handed over to the NIA who took custody of Singh and shifted him outside Kashmir.

Sources said the agency has completed investigations and the charge sheet against the dismissed police officer would be presented in the designated NIA court in Jammu within a fortnight.

Over two dozen local policemen have been dismissed for their links with the militants since militancy broke out in J&K in early 1990s.

“Almost all such black sheep have been killed in different operations or arrested.

“The presence of some black sheep in J&K police has been a matter of concern.

“But, the real face of this exceptionally competent and brave police force are those hundreds of policemen who have laid down their lives in the service of the country.

“J&K police has won more decorations for bravery and sacrifice than any other police force in the country and that is our legacy and introduction,” said a top police officer when asked to comment on the embarrassment Davinder Singh’s arrest caused the police department. (IANS)