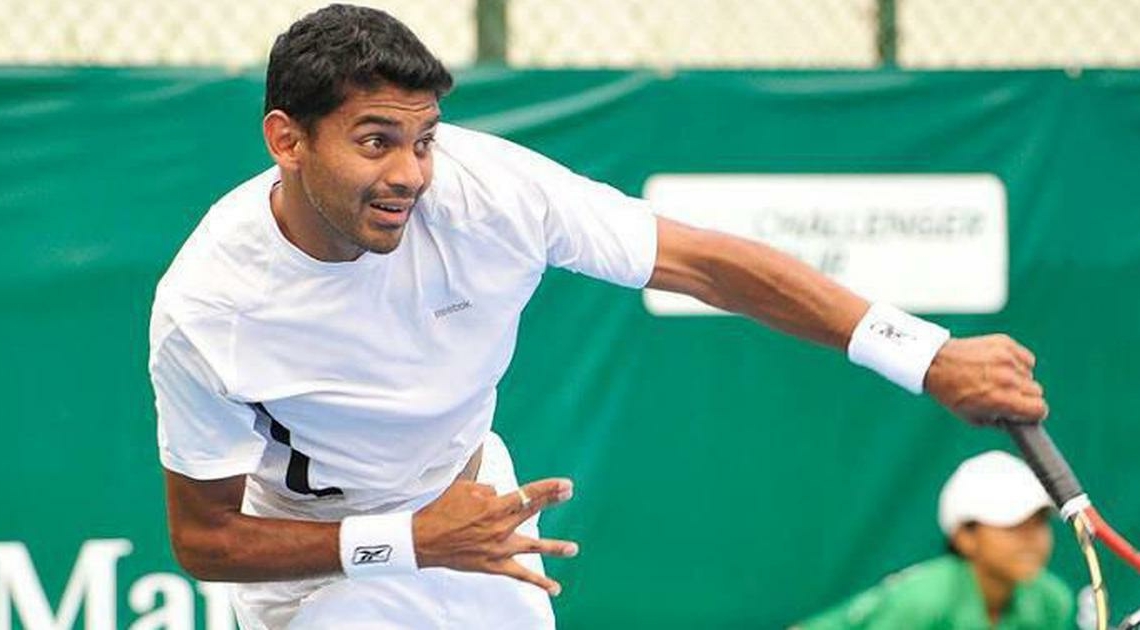 London: Divij Sharan has reached the Grand Slam quarterfinals for the first time in his career as he combined with Artem Sitak to stage yet another dramatic comeback after being by down by two setsto defeat Jonathan Erlich and Marcin Matkowski at the Wimbledon Championships.
Sharan and New Zealand’s Sitak prevailed 1-6 6-7(3) 6-4 6-4 6-4 over the Israeli-Polish combination after a grueling men’s doubles third round which lasted three hours and fifty minutes.
Reaching the third rounds at Australian Open this year and at French Open (2017) and US Open (2013) was the best performance for the left-hander till today’s win.
It is second consecutive win where Sharan and Sitak erased a two-set deficit to eke out a five-set thrilling win.
“It was a mental battle out there. Even though we lost first two sets, we believed we could still win. We fought really hard and stayed strong mentally through the last three sets. There were many games where we were serving and were down but we played big and came back to hold those games,” Sharan told PTI.
“There was a lot of support for us from our respective teams and fans and that also helped,” he added.
Up next for them are American seventh-seeded Mike Bryan and Jack Sock.