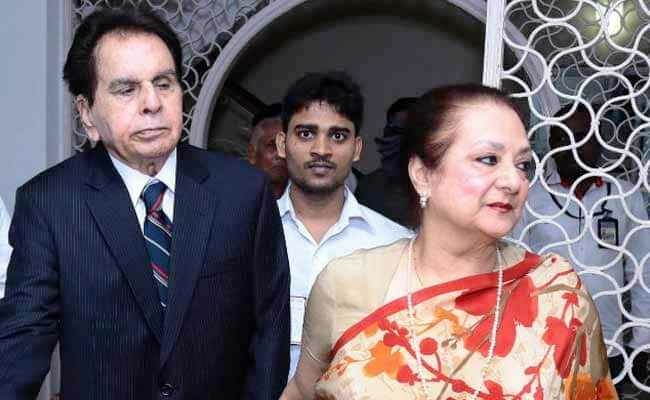 Saira Banu said she is yet to meet Prime Minister Narendra Modi to discuss about the release of builder Samir Bhojwani, who had falsely claimed ownership of two plots on which Dilip Kumar’s bungalow was built, and would go to Delhi if needed.

On Sunday via Kumar’s official Twitter account, Banu had requested a meeting with the prime minister in the wake of Bhojwani’s release.

The former actor said she was unable to meet the prime minister when he was on a one-day visit to Maharashtra on Tuesday but she plans to follow up with the matter. “I did not meet the prime minister here as he has been busy. But I have learnt that his office has asked people here to look into the matter. I have tweeted about it. I will meet him in Delhi if needed. I have no idea how I will follow this up. But I will follow it up,” Banu, 74, told PTI.

Banu, in a tweet later from the official Twitter handle of Kumar, said, “To the honourable @PMOIndia Shri @narendramodi. awaiting for appointment. Ian tired of repeated assurances from CM @Dev_Fadnavis “I Am Trying”. Sir you are the last hope of protecting Dilip Sagan’s only house from land mafia Samir Bhojwani. I beg (sic).”

Request from Saira Banu Khan: To the Hon’ble @PMOIndia Shri @narendramodi Awaiting for appointment. I am tired of repeated assurances from CM @Dev_Fadnavis “I AM TRYING“ Sir you are the last hope of protecting DILIP SAHAB’s only house from Land Mafia Samir Bhojwani. I beg ??????

Maharashtra Chief Minister Devendra Fadnavis on Monday said he will speak to Kumar, 96, and his family to allay their fears over the property issue involving Bhojwani. Kumar’s bungalow is located in the upscale Pali Hill area of Bandra.

Earlier this year, Banu had approached police and lodged a complaint against Bhojwani. In January, the Economic Offences Wing (EOW) of Mumbai police had registered a case of cheating against the builder for allegedly trying to grab the bungalow of the veteran actor.

The police officials suspected that Bhojwani forged certain documents to grab the property. After the offence was registered, a team of EOW sleuths raided Bhojwani’s residence in Bandra from where they seized weapons, including knives and daggers. Bhojwani was arrested by EOW in April.