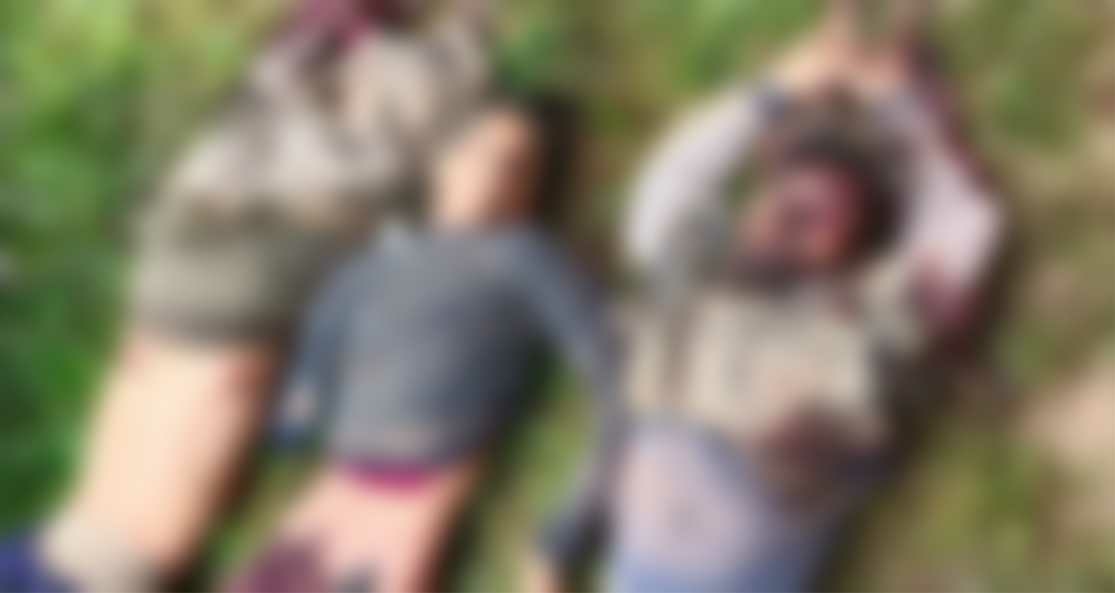 Srinagar: The families of three missing civilians from Rajouri are frantic after a purported photograph of slain militants bears uncanny resemblance to at least two of them.

Abrar Ahmad Khan (17) son of Bagga Khan, his brother-in-law Abrar Ahmad (25) son of Mohammad Yusuf, and their relative Imtiyaz Ahmad (20) son of Sabr Hussain, all residents of Peeri, Kotranka in Rajouri district, disappeared after they left home on July 16 to work as daily-wage labourers in south Kashmir’s Shopian district.

Over two weeks later, the families of the trio were shocked to see the purported picture of three alleged militants killed in an encounter at Amshipora village in the Shopian district on July 18.

The bodies bear stark resemblance to two of the missing labourers–the 15 year-old-Abrar and the older Abrar. A third body in the picture is placed facedown with clothes pulled up over his head. Bullet marks can be clearly seen on the back of the third body.

The families have now approached the police and lodged a formal missing report.

Army too has said it will investigate the matter.

“We have noted social media inputs linked to the operation at Shopian on 18 Jul 2020. The three Terrorists killed during the operation have not been identified and the bodies were buried based on established protocols. Army is investigating the matter,” said Srinagar-based defence spokesman Colonel Rajesh Kalia.

“We have not seen the pictures of the slain militants as yet. We have received the missing report from the families. We have launched the investigation into the case,” said a senior police officer at Rajouri.

Asked about the Rajouri families’ claims, he said no one has approached him so far.

Coming from poor families, the trio had left home on July 16 to work as labourers in Shopian.

“They had left home on July 16 for Shopian. At 7:30 pm on July 17, they called the family from Shopian informing them that they had bought ration and other essentials to cook supper at their rented room. That was the last conversation the family had with them,” a relative of both younger and elder Abrar told The Kashmir Monitor.

“They had gone to work as labourers in Shopian. Imtiyaz had already been in Shopian for around a month. He had asked the other two to come over for work,” the relative said.

Abrar Khan, according to the kin, was studying in Class XII.

Asked why the families had waited so long to lodge a missing report, the relative said that they were of the impression that the three had been put under quarantine in Kashmir.

“We are poor. The families were living in dhokas. When 20 days passed, we became restive and decided to lodge a missing report,” the relative said.

He added that the families went into shock after they saw the photograph.

“It is clearly them. There is no question that it is not them. The younger one in the photograph (younger Abrar) is my paternal brother. The one on his left is the elder Abrar. The third one’s face is not visible (in the photograph),” the relative added.

He appealed to the administration and police to help them get the bodies back.

Guftar Ahmad Chaudhary, tribal activist and general secretary of J&K Socio-Political Activist Movement, said the families suspect that they have been killed.

“They had earlier suspected that they had been put under quarantine because they had travelled from one region to another. Now they fear that they might have died or have been killed. But they are not certain. The families have not clarified yet,” he said.

Reacting to it, Mehbooba Mufti’s daughter Iltija’s Mufti who operates her mother’s Twitter account tweeted: “Shocked to hear about reports of 3 missing labourers reportedly killed in a staged encounter at Shopian. Armed forces have a free hand to operate with impunity. Explains why bodies are allowed to decompose at unknown locations. Probes into recent encounters must be ordered.”

The official press statement released by police on July 18 clearly stated that they have preserved the DNA of three “unidentified militants” killed in Amshipora.

No identity or affiliation of the slain was revealed by the police in the statement.

“On a specific input by 62RR about the presence of terrorists in the Amshipora area of District Shopian, an operation was launched by them. During the search, terrorists fired upon Army personnel and encounter started. Later on, police and CRPF also joined. During the encounter, three unidentified terrorists were killed. Dead bodies of all the killed three terrorists were retrieved from the site of encounter. The identification and affiliation of the killed terrorists are being ascertained,” read the police statement on July 18.

Police, in it, said that incriminating materials including arms and ammunition were recovered from the site of encounter.

Police said case FIR No. 42/2020 under relevant sections of law has been registered at Police Station Hirpora and investigation has been initiated into the matter.