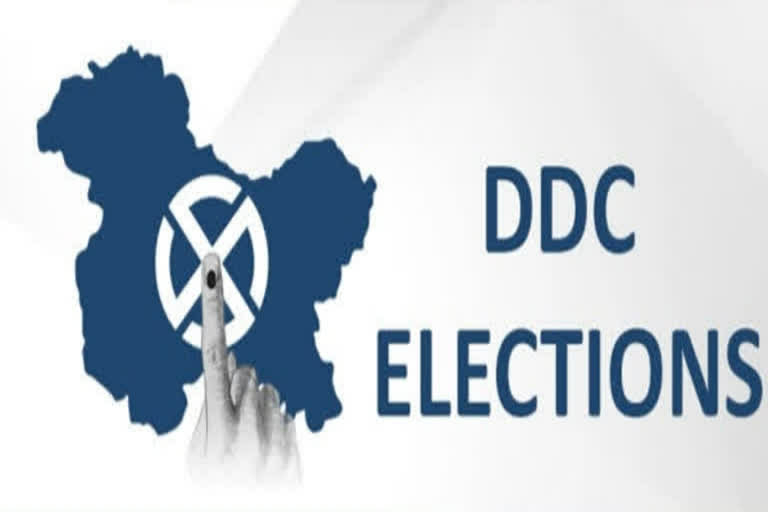 Srinagar:  Odds are stacked against  Peoples Alliance for Gupkar Declaration (PAGD) as electing their candidates as chairmen of  District Development Councils (DDCs) seem to be a big ask.

This is despite the fact that PAGD won the majority of seats in the recently concluded DDC polls in the Kashmir valley.

While J&K Apni Party (JKAP) is confident of winning Srinagar DDC chairman election on Saturday, the roaster of reservations announced by the government will be the game-changer in several other districts of the Valley.

As per the roaster of reservations, three districts in Kashmir – Baramulla, Shopian and Ganderbal will be headed by women chairpersons. Similarly, the Anantnag DDC chairman seat has been reserved for the candidate of the scheduled tribe.

PAGD and the Congress, which are looking at a post-poll alliance, feel the roaster had given benefit to other parties and independents.

“Though we fought elections separately, we were looking for a post-poll alliance with PAGD where they would have a DDC chairman and the Congress would have settled for the vice-chairman post. Earlier, we were hopeful of winning DDC chairman elections from all the districts in Kashmir. However, the roaster of reservation will become a game-changer and we are presently holding deliberations over announcing the names of candidates,” said a Congress leader wishing anonymity.

Even as Apni Party president Altaf Bukhari yesterday said they would win the DDC chairman Srinagar election after its number in the district went up to nine in the district after the joining of two independents, the Congress also accused the JKAP and BJP of using ‘money power’.

“Besides Srinagar, the JKAP is also eyeing Shopian after a woman candidate from Congress joined Apni Party. Moreover, the JKAP and BJP are also using money power to lure independents,” said the Congress leader.

However, the BJP denied the charge of horse-trading. The party also said it was separately eyeing DDC chairmen posts with the help of independents.

“We were eyeing the DDC chairman Srinagar post but we do not have the numbers yet. However, we are hopeful of getting a few DDC chairmen posts with the support of independents that back the BJP vision for development. We do not believe in horse trading and the BJP emerged as the single largest party in DDC elections. This time we won three seats from Kashmir and more lotuses will bloom in the coming days,” said BJP media-incharge Manzoor Bhat.

“It is legally wrong and constitutionally improper, as the same is already under challenge in the High Court. Once the High court has taken cognizance and fixed the hearing on January 27. it is totally arbitrary and highly improper to proceed further,” said Sharma.

Meanwhile, the exit of the Sajad Lone led Peoples Conference from the PAGD coupled with the roaster of reservations has made the contest interesting in North Kashmir districts of Baramulla and Kupwara.

After the split within the PAGD, the independent and Congress candidates will play a crucial role in electing the DDC chairpersons.