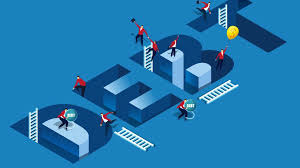 New Delhi: The economic turbulence due to Covid-19 is expected to push India’s debt-to-GDP ratio higher, according to a SBI Ecowrap report on Monday. Together with the declining GDP growth, debt-to-GDP ratio has been adversely affected in all countries.

A debt-to-GDP ratio of 60% is quite often noted as a prudential limit for developed countries. This suggests that crossing this limit will threaten fiscal sustainability. For developing and emerging economies, 40% is the suggested debt-to-GDP ratio that should not be breached on a long-term basis.

According to SBI Ecowrap, external debt is estimated to increase to Rs 6.8 lakh crore (3.5 per cent of GDP) in the expected gross debt for FY21.

“Of the remaining domestic debt, component of state’s debt is expected at 27 per cent of GDP. Interestingly, the GDP collapse is pushing up the debt-to-GDP ratio by at least 4 per cent, implying that growth rather than continued fiscal conservatism is the only mantra to get us back on track,” it said.

“We reiterate the current thinking of rating downgrade in policy circles is a false negative as India’s rating is likely to face a litmus test of downgrade in FY21, depending on what we have done to bring growth back to track,” the SBI Ecowrap report said.

This higher debt amount will also lead to shifting of the FRBM target of combined debt to 60 per cent of GDP by FY23 by 7 years with the target now seem achievable in FY30 only.

“The moot point is the sustainability of the debt. The current foreign exchange reserves are sufficient to meet any external debt obligations. On the internal debt, since most debt is domestically owned, its servicing is not an issue,” it said.

“In the current situation, our nominal GDP growth is likely to contract significantly and based on this our interest-growth differential will turn positive in FY21, thus raising serious questions on debt sustainability,” the SBI Ecowrap report said.