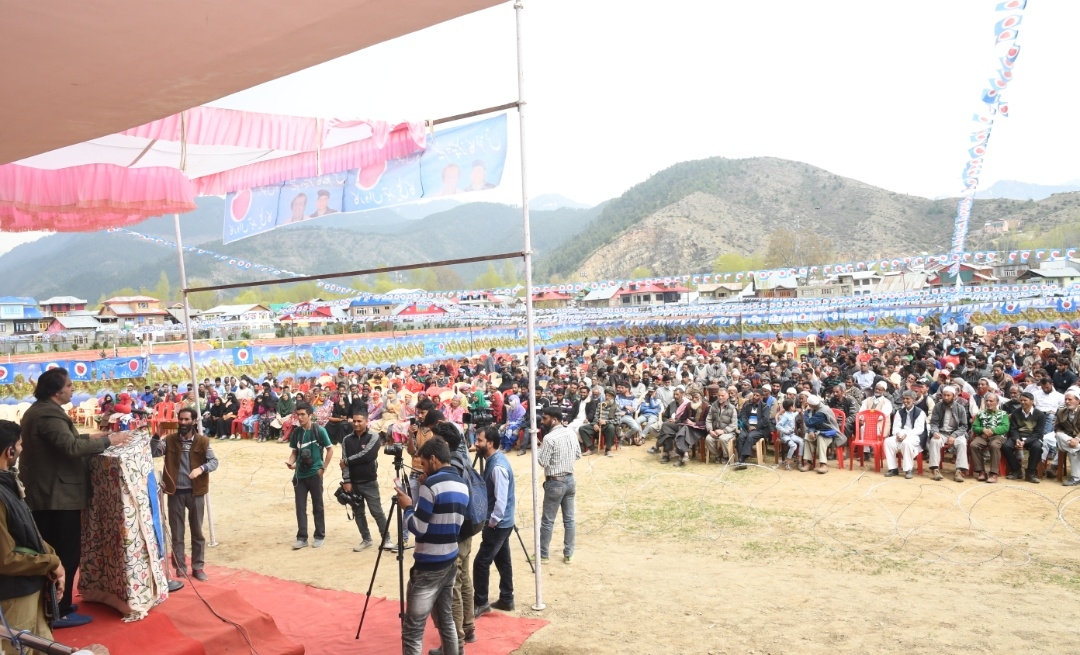 Srinagar, April 6: Peoples Conference Chairman Sajad Gani Lone on Saturday said that PC is committed to channelize power of the common masses to restore the lost legacy of Bandipora.
Addressing a workers’ convention in Bandipora, Sajad assured that PC will work with utmost honesty, diligence and passion to bring about a change in the political system of our State that is unfortunately based on the tenets of corruption, nepotism and economic persecution
“The traditional parties seek votes and while doing so, they make lofty promises. After the elections are over the same people who vote are made to wait outside the gates of their residences for hours. Forget empowering them, they actually disempower them. There is a need to elect credible representatives in the upcoming Parliament elections.
Sajad said that 90% of the funds for Wular Project are unspent due to inefficiency of the previous governments.
“Wular is the largest wetland in Asia and has the potential to generate livelihood for hundreds of youngsters in and around Wular. I promise you that we will revisit the WUCMA Project and ensure that indigenous rights of the people are safeguarded”, Sajad added.
On the occasion PC senior vice president Abdul Gani Vakil while lashing out on previous NC, PDP & Congress governments for failing to develop and showcase immense tourism potential of Bandipora said that “Peoples Conference will work towards developing tourism infrastructure and road connectivity to promote Bandipora and Wular lake as hub of tourism in activities in near future.”
Meanwhile PC candidate from Baramulla Parliament Constituency Raja Aijaz Ali criticised the previous set-up for failing the people of Bandipora on the developmental and economic front.
“Bandipora is famously known as the land of ‘Aab, Adab and Alim.’ However, previous representatives elected by the masses conveniently forgot to address issues concerning the general public. Srinagar-Bandipora road is one of the indicators of lack of development even when the R&B minister in the last dispensation belonged to the area.”