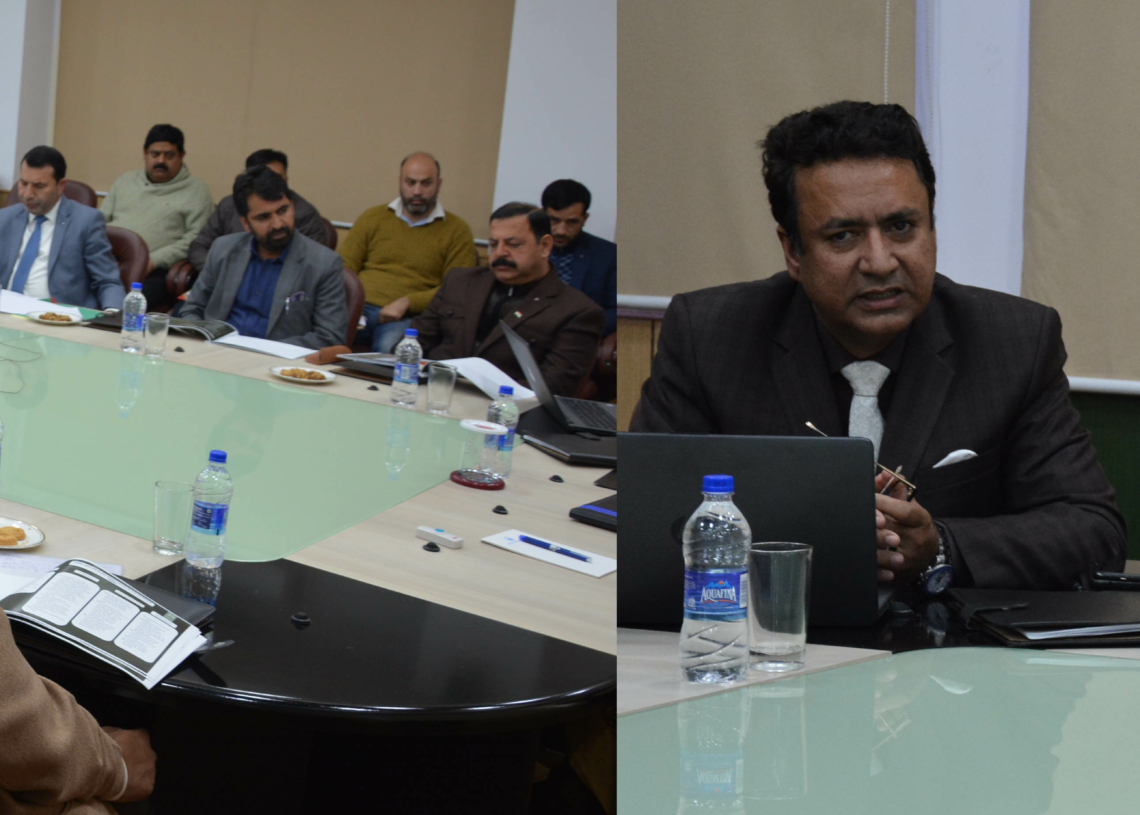 JAMMU, FEB 14: Chief Minister, Mehbooba Mufti today stressed on preserving the Tribal culture of the State for which she asked for taking required steps.
Chairing a review meeting of Tribal Affairs Department here today, the Chief Minister said Jammu & Kashmir has been a rich repository of diverse cultures and their protection should be taken as a priority. She also directed more allocations to Tribal development under Special sub Plan for meeting the educational, health and other developmental requirements of the members of Tribal community.
The Chief Minister directed that no harassment be made to any member of Tribal community by any Government authority till a formal Tribal Policy is unveiled. She said even in extreme cases of ascertaining their places of habitations the Department of Tribal Affairs be taken into confidence beforehand.
The meeting was also informed that at present 21 Tribal villages have been established by the Department and are being developed in convergence mode to induct more amenities for the inhabitants. Moreover, the meeting was told, all the Gujjar & Bakerwal Hostels in the State are being converted into residential schools for which the necessary staff is being provided by the School education Department.
The meeting decided to set up Gujjar Bakerwal Hostel at Pulwama and allocate land for girls hostel in Srinagar besides, the meeting was informed, two tribal centres are coming up at Srinagar and Jammu, the meeting was told.
On the occasion, the Chief Minister unveiled the calendar of the Tribal Affairs Department.
Minister for Tribal Affairs, Choudhary Zulfkar; Minister of State for Finance & Planning, Ajay Nanda; Vice Chairman, GB Advisory Board; Chief Secretary, B. B. Vyas; Principal Secretary, Home, R K Goyal; Principal Secretary to Chief Minister, Rohit Kansal; Secretary, Forests, Saurabh Bhagat; Secretary, School Education, Farooq Ahamd Shah; Secretary, Tribal Affairs, Kifayat Hussain Rizvi; Deputy Commissioners of Jammu and Samba besides other officers were present in the meeting.
Deputy Commissioners of all other districts attended the meeting through video conferencing.