Clear liabilities under MGNREGA, other schemes before Eid: Veeri to RDD 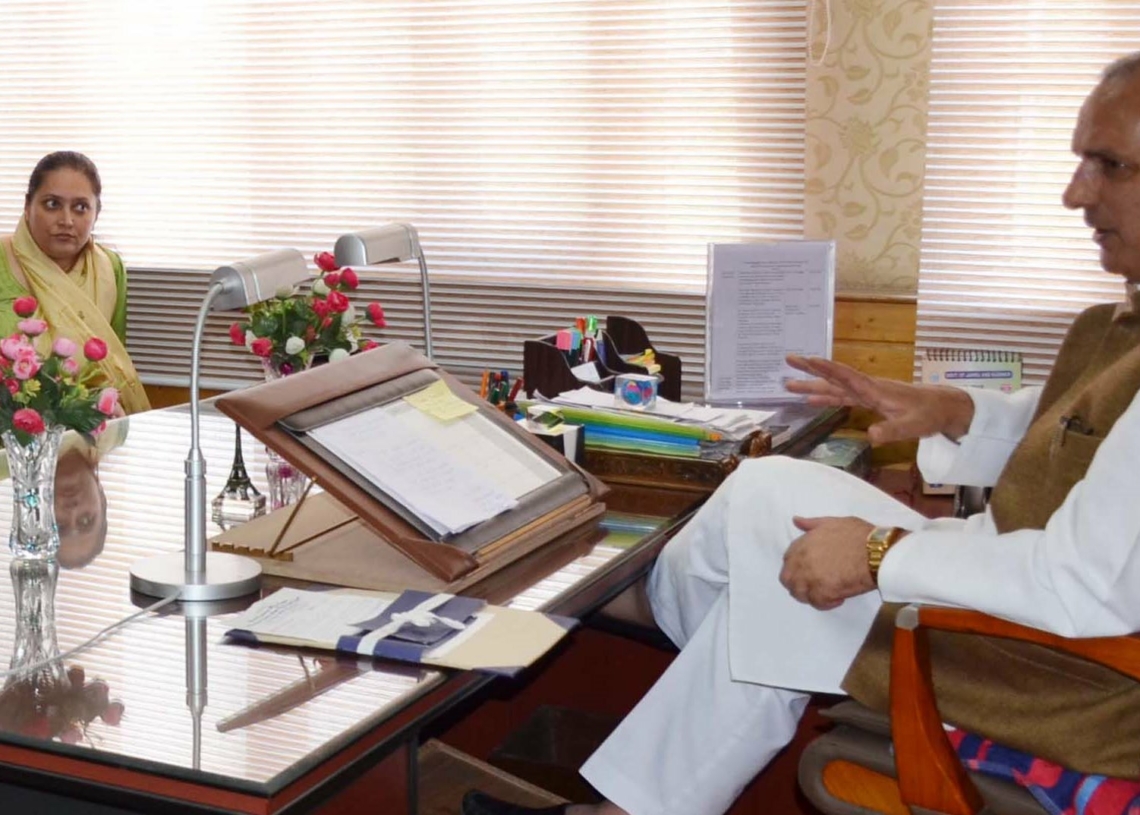 SRINAGAR, MAY 29: To provide a relief to the people associated with various schemes/programmes of Rural Development Department, Minister for Rural Development and Panchayati Raj, Abdul Rehman Veeri has asked for releasing the payment against all possible work done liabilities under MGNREGA, and other schemes including being implemented by the department before Eid-ul-Fitr.
The Minister gave these directions while chairing a meeting to review the status of fund flow for the effective implementation of RDD schemes in the state and status of work done liabilities under all the schemes including MGNREGA, PMAY, SMB and IWMP.
The meeting was attended by Secretary RDD Sheetal Nanda, Director RDD Kashmir M N Sheikh, Additional Secretary RDD Rakesh Sharma, and Joint Director Planning RDD.
While enquiring about the status of release of payments in MGNREGA and all other schemes, the Minister asked Secretary RDD to ensure release of payment to the eligible people before Eid-ul-Fitr so that they can enjoy the festival with their family members.
“People linked with RDD programmes are from rural areas and are dependent upon the wages. As a goodwill gesture, the payment should be released well in time before Eid, so that people would enjoy the festival with their dear ones”, the Minister asserted.
Secretary RDD informed the Minister that the department will issue a circular in this regard soon. She was asked to personally look into the matter and ensure that payment is released in time.
The Minister was briefed about the funds presently lying with the department under various schemes and proposals submitted to GoI for release of fresh installments.
Veeri also discussed the status of funding under MGNREGA for both wages and material component. He asked for clearing the liabilities against wages at the earliest besides submitting the Utilization Certificates (UCs) to GoI for fresh funding under the programme.
“UCs need to be submitted to GoI as per given timeframe for release of funding for effective implementation of schemes on ground and achieving developmental targets”, the Minister added.
Regarding utilization of funding under 13th FC, the Minister asked the department to get the proposals from the districts so that the funds be utilized for construction of bridges, irrigation kuls, important roads, playgrounds, development of panchayat parks etc under convergence mode.
Veeri also enquired about the progress on the decision of taking up one important work at block level. He said that the proposals in this regard from all the blocks should be submitted to the department at the earliest so that same can be taken up on ground.
Regarding performance of the districts in generating the person days under MGNREGA, the Minister was informed about the district wise progress. He asked the Secretary RDD to monitor the process of PDs generation and ensure that the districts lacking behind in meeting the targets put in sincere efforts.
The Secretary informed the Minister that she is personally taking weekly review meeting with BDOs and Director RDD has also been asked to have close eye on the whole exercise.
Additional Secretary RDD was asked to take up the issue of liquidation of material liability with GoI and imbalance in funding for wages/material so that liabilities are cleared.
“People have huge expectations from MGNREGA as it helps in transformation of rural sector, we need to ensure that there is regular flow of funds form GoI under this important programme”, the Minister said adding that proposals should also be submitted to the centre for fresh funding to the state.
Veeri also asked the Secretary RDD to consolidate the details of funds utilized under 14th FC with the list of works taken up under the same.