Can breast milk treat COVID 19? Brazilian scientists have the answer 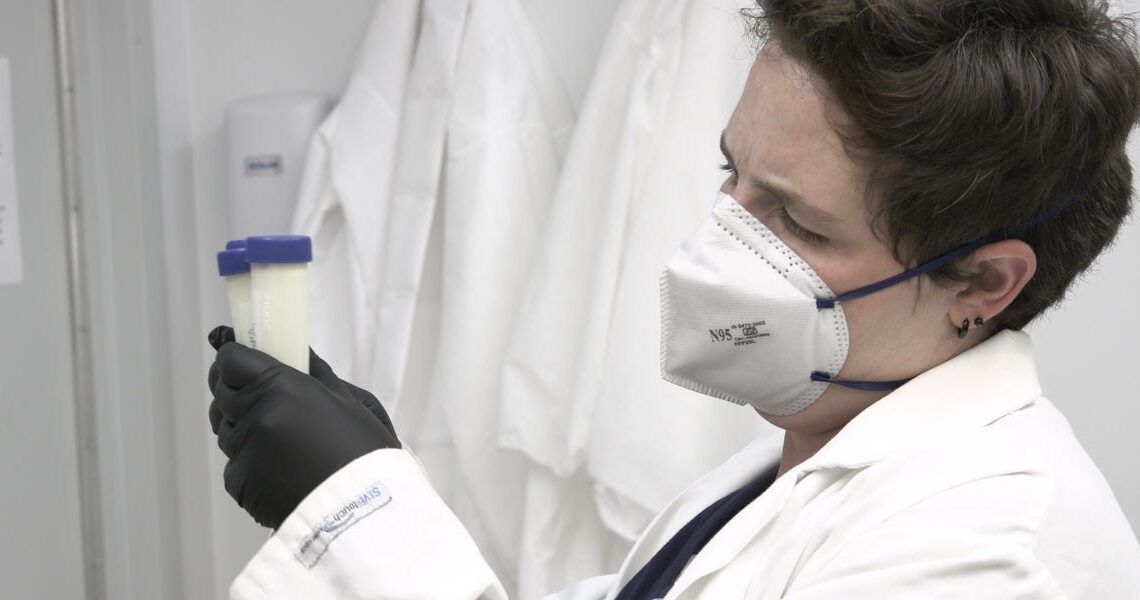 Sao Paulo:  Brazilian scientists used breast milk to treat Covid-19 in a woman with a rare genetic disease that makes her immune system unable to combat viruses and other pathogens.

The patient who was diagnosed with Covid-19, in March 2021, tested positive for 124 days by RT-PCR. She was advised by the team from the University of Campinas (UNICAMP) in Sao Paulo, to take 30 milliliters of breast milk every three hours for a week. The breast milk was donated by a woman who had been vaccinated against SARS-CoV-2.

The breast milk improved her immunity levels and helped her test negative within a week, according to the case reported in an article published in the journal Viruses.

“I’ve followed this patient since she was a child, and I was very concerned when she told me she had Covid-19. The innate immunity error from which she suffers dysregulates her entire defence system. Her inflammatory response is defective, with few cells going to the site of the inflammation and low antibody production. Depending on their virulence, infectious agents can lead to two outcomes in such cases – chronic infection or death,” said pediatrician Maria Marluce dos Santos Vilela, a professor at UNICAMP’s Medical School.

Patients with immune dysregulation syndromes have a deficiency of IgE and in some cases a complete absence of IgA, the main antibody that neutralizes viruses and other pathogens. IgA is usually present in breast milk, as well as respiratory and gastrointestinal secretions.

The syndromes also entail very low production of IgG, normally the most abundant antibody in blood and responsible for recognizing and neutralizing antigens with which the organism has had contact before.

Only 157 cases of the same kind as these patients have been described worldwide, as reported in an article published in the Journal of Allergy and Clinical Immunology.

Vilela said the patient was deliberately treated at home to avoid hospital-related bacterial infection, which would have made her condition much worse.

In the first 15 days of the infection, the patient had a fever, loss of appetite, coughing, and asthenia (lack of energy, weakness), but to Vilela’s surprise and relief, her lungs and other systems remained unaffected. After two months, her condition was the same, and the researchers decided to treat her with convalescent plasma.

The treatment entails a transfusion of IgG and other antibodies produced by people who have recovered from Covid.

While her symptoms improved, with a reduction in blood inflammatory markers, after the procedure, her RT-PCR test remained positive even after 15 days. The patient still had mild symptoms, as well as signs of adynamia, and general muscle weakness associated with prolonged infectious processes.

It was at this point, that the team decided to do an experimental treatment using breast milk to boost her IgA levels. The experiment was based on an article that showed breastfeeding women immunized with Pfizer’s Covid-19 vaccine produced milk with a reasonable amount of IgA.

“We asked her to take the milk orally and keep it in her mouth for several minutes. IgA works like a broom in the sense that it sticks to pathogens throughout the gastrointestinal tract so that whatever is improper is eliminated in the feces. We decided on a three-hour interval between doses, except at night, in order not to give the virus a chance to replicate,” Vilela said.

The patient tested negative after a week, and twice again at 10-day intervals.