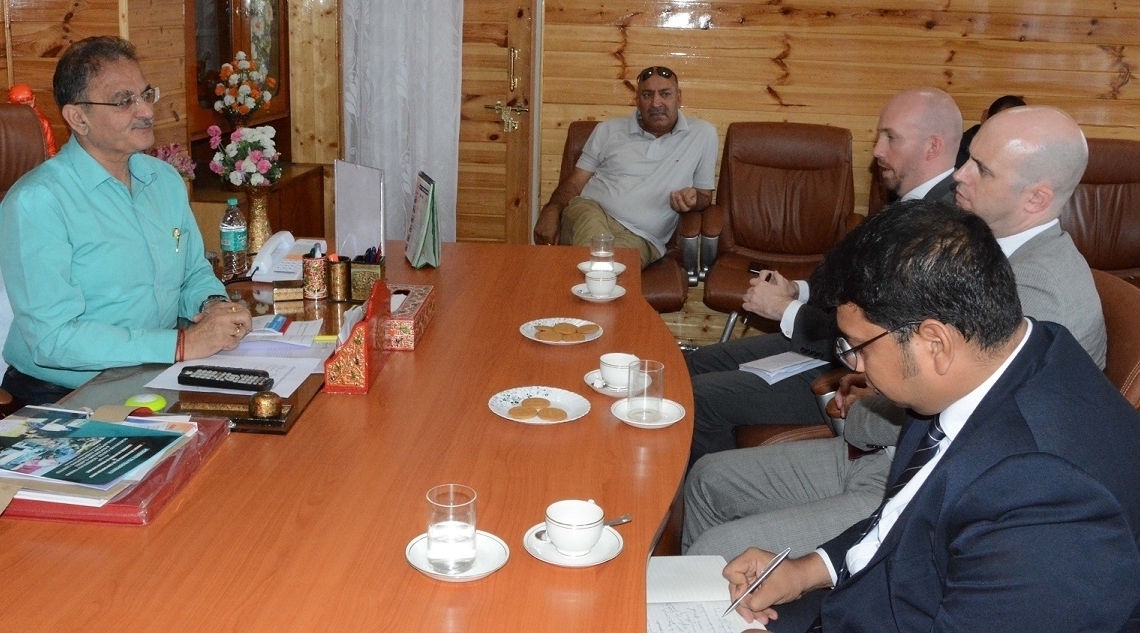 SRINAGAR, MAY 23: A 3-member delegation of British High Commission in India called on Deputy Chief Minister, Kavinder Gupta here today and held wide-ranging discussions on varied issues concerning the Jammu and Kashmir.
The delegation comprising, Head, Indian Foreign and Security Policy Team, Foreign and Commonwealth Office in London, Mr. Richard Crossby, Head, Indian Foreign & Security Policy Team, British High Commission in New Delhi, Mr Alex Pykett and Senior Foreign Policy Adviser, British High Commission in New Delhi, Dr Deep Jyoti Barman remained with the Deputy Chief Minister for half an hour and held discussion on the overall scenario of Jammu and Kashmir with specific reference to socio-economic development, culture, tourism, education, road communication and power sectors. The British delegation evinced keen interest in the on-going major road and railway projects, especially the tunnels, flyovers on Jammu-Srinagar-Leh National Highway and power projects across the State.
The Deputy Chief Minister apprised the delegation that the developmental process has been speeded up in the State since the new regime has taken over and Central Government has ensured free flow of funds to complete these infrastructural projects in a time bound manner. He referred to the Rs 80,000 Crore special package under PMDP which is aimed at to give further push to the developmental scenario of all regions of the State. He also referred recent visit of Prime Minister to State when he launched over Rs 25000 crore projects for the people of State.