Blast from the past: Downtown baker revives forgotten ‘Makai-Woer’ in Kashmir 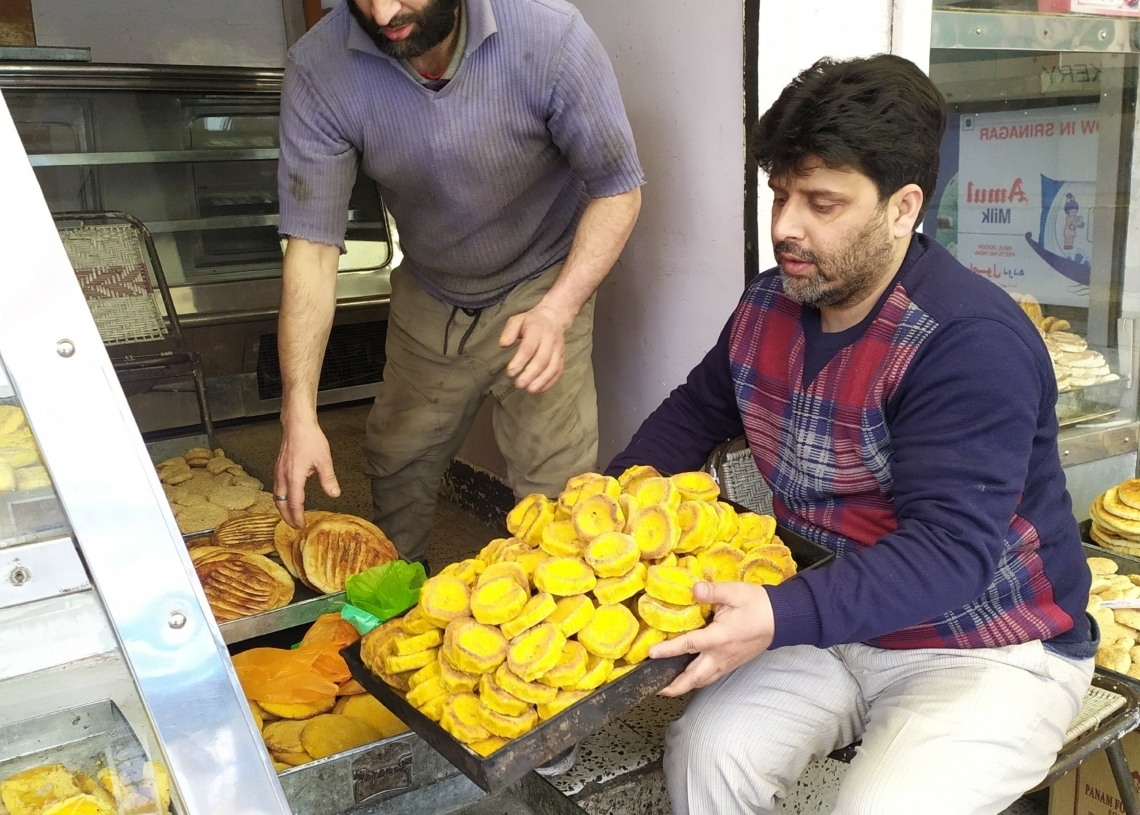 Srinagar: Nisar Ahmad Mahaldar’s family kneads 50 kilograms of maize flour on alternate days to make ‘makai-woer’ that was once a much sought after bakery product in Kashmir valley.

Though bakers of the summer capital had almost stopped making this delicacy, the ‘makai-woer’ now sells like hotcakes at his family shop called ‘Gee Emm Baker’ near the Khanqah-e-Moala shrine in old Srinagar city.

The family has brought the almost forgotten ‘makai-woer’ back to the bakery platter and now attracts customers from all over the Valley.

“Not many bakers know how to make ‘makai-woer’. It is like a ‘tchoetch-woer’ but made of maize flour. I and my brother had learnt to make it from our father and we started baking it again around five years back. Now, the demand is overwhelming. We bake 50 kgs of maize-flour on alternate days and we sell it in no time. You may find others selling it too but we make it ourselves,” Nisar told The Kashmir Monitor.

“We get customers from all over Srinagar city and even from other districts like Ganderbal. We have maintained the best quality and that is why people buy from us,” he added.

He said the ‘makai-woer’ and ‘makai-tchoeit’ sold at  the bakery had a shelf life of eight days and was sold at Rs.5 and Rs. 10 respectively.

Omar Rather, a popular food blogger, said the bakers of the city had almost stopped making ‘makai-woer’ but a baker from Kulgam would sell it outside the Hazratbal shrine on the Dal lake banks every Friday.

“I had first blogged about ‘makai-woer’ in 2018 when I saw one person from Kulgam (in South Kashmir) selling it at Hazratbal. He would sell it after Friday prayers outside the Hazratbal shrine after coming here all the way from Kulgam. It had almost disappeared from Srinagar but now, I can see it being sold at a few other places too. But, not all bakers can make it. ‘Makai woer’ resembles a traditional ‘tchoetch-woer’ in shape but is a bit more flattened. It’s the evening or afternoon bread prepared from corn flour that is relished with tea,” he said.

Imran, a food lover, said it was good to see the forgotten delicacies making a comeback.

“I had heard about ‘makai-woer’ from my elders but only got to eat it recently at the Mahatta Cafe. One should eat it with noon-chai and butter. It tastes like heaven. It is good to see that few eateries now serve traditional food that had once disappeared from our platter,” he said.