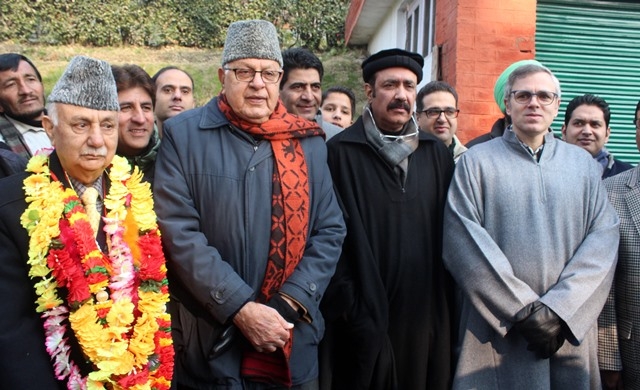 Basharat Bukhari, a former Radio Broadcaster was a known face in PDP who contested from Sangrama constituency and even served as cabinet minister.

Peer Hussain was a former legislator from Shangas constituency in south Kashmir and has also served as Vice Chairman of Wakf Board before leaving the office midway following the controversy with PDP leadership earlier this year.

Welcoming their joining, Dr Farooq Abdullah said that the entry of these leaders will make the party strong and it will really boost the morale of party workers.

Peer Hussain, one of the founding members of the PDP, was not happy over his gradual phasing out by none other than his own son-in-law in the party. Bukhari, whom Mufti Sayeed had taken from the popular Radio Kashmir programme Sheharbeen, also faced “interesting” moments while serving as a minister. His portfolio was changed many times and he once resigned and was later negotiated back to his berth.