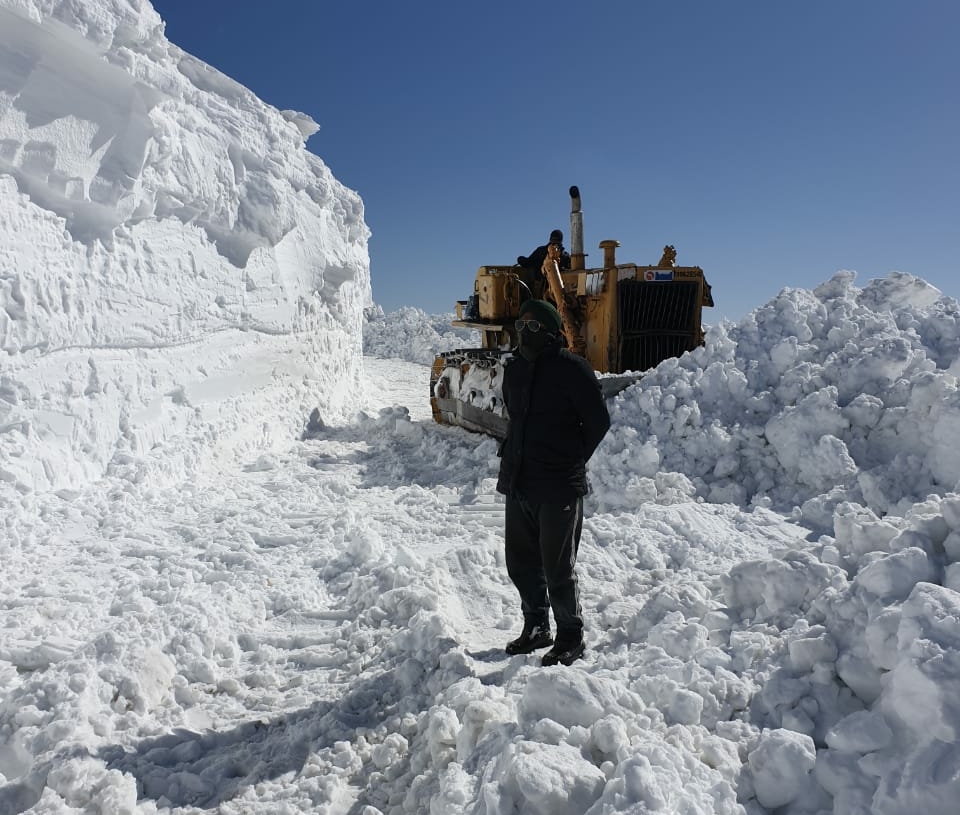 BANDIPORA, MARCH 31: The 85-Kilometers Bandipora- Gurez road is expected to open on April 03, District administration revealed on Sunday.
District Election Officer Bandipora Shahbaz Ahmad Mirza on Sunday visited Razdan top- the highest point between Gurez and Bandipora road situated at an altitude of 3300 and inspected the snow clearance operations.
He was accompanied by the officers of Border Roads Organisation (BRO) who have been assigned the job of snow clearance on the road.
The DEO Bandipora directed the officials to work in round the clock to open the road for traffic and set a deadline of April 03 to clear the road so that the people can go to and fro to participate in upcoming elections. The district will go for polls on April 11.
He said the though the administration will press for Helicopter service to airlift the material the road needs to be opened immediately as many people including employees are stranded in Bandipora and Gurez.
The 85-KM long Bandipora- Gurez road was closed for traffic on 02 January after Kashmir valley witnessed heavy snowfall. Officials on the occasion said the BRO is now making all efforts to clear the snow at Razdaan pass to make the road through for vehicular traffic.
The DEO appreciated the work of BRO who despite freezing weather, chilly winds and surface on the 35-kilometer long stretch from Bandipora to Razdaan are working round the clock to open the road.

Passengers in Pulwama complain of overcharging by transporters