Bandh for providing toilet blocks at public places in Pulwama 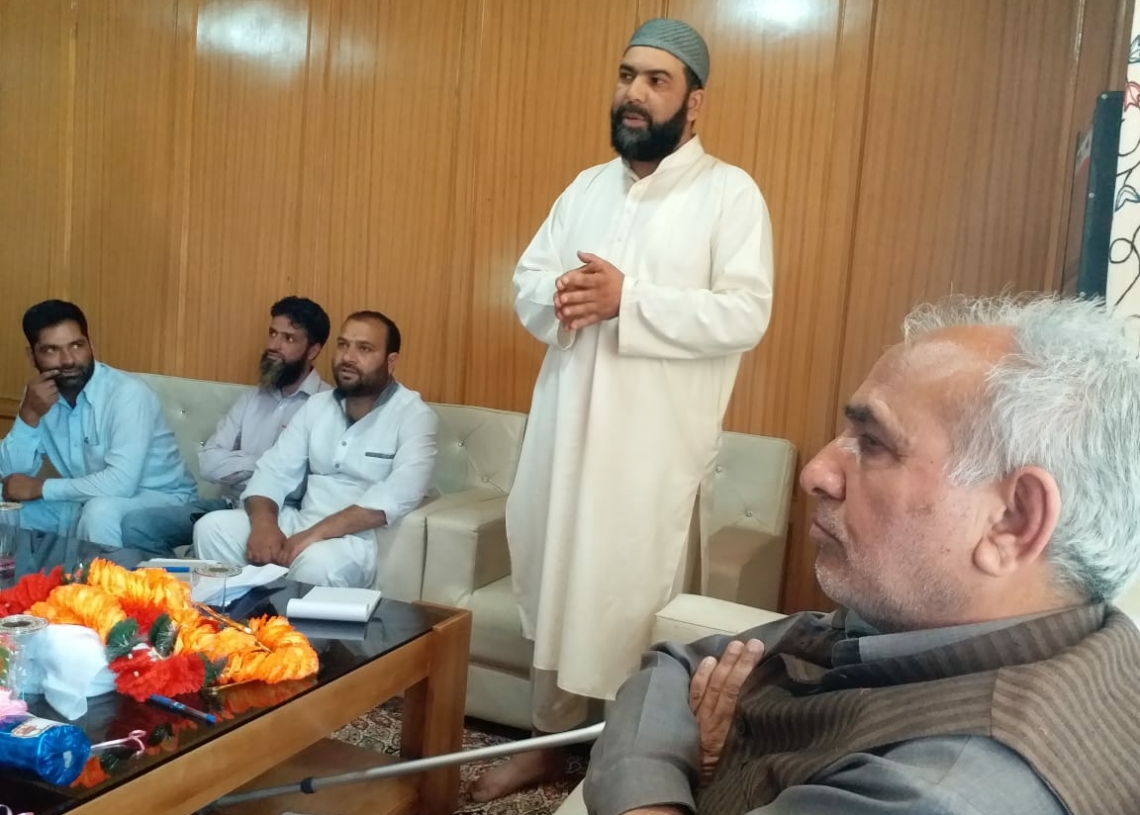 PULWAMA, JUNE 03- Minister for Agriculture Muhammad Khalil Bandh today directed for construction of toilets blocks at all major public places including religious places in district Pulwama.
Various delegations called on the Minister who apprised him about various issues confronting them in the district.
The Minister while directing the officers said that clean sanitation facilities are vital at religious places and also to be ensured that these facilities are being properly maintained. He also impressed on the PHE officers to ensure water connections in every religious place.
To maintain hygiene around the religious places, he directed the Municipal Committee Pulwama to carry out specific cleanliness drives around religious places on every Friday.
Various other issues and concerns were put forth by the people.
“Government is committed to provide all sort of facilities to the public and every possible effort is being undertaken in this regard. He said that all genuine demands confronting people would be fulfilled in timely manner,” he told the gathering.
He also asked the district administration to remain always available for redressing the concerns of as and when required.

Quality education for all at every level Govt’s prime goal: Zulfkar